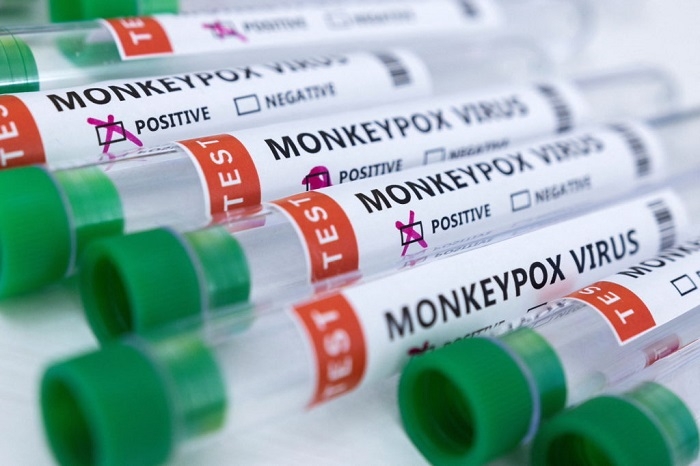 The World Health Organization (WHO) on Saturday said the latest monkeypox spread in over 50 countries does not constitute a Public Health Emergency of International Concern, the highest level of alert the WHO can issue.

China’s Shanghai will gradually resume dining-in at restaurants from June 29 in low-risk areas and areas without any community-level spread of COVID-19 during the previous week, a Shanghai government official said on Sunday.

* The Japanese government warned on Sunday that electric power supplies would be strained in the Tokyo area on Monday, calling on people to save energy as scorching summer heat batters the capital.

* Turkish President Recep Tayyip Erdogan said on Saturday that Turkey's concerns over Finland and Sweden's accession to NATO were not responded to with any substantial steps.

* German Chancellor Olaf Scholz welcomes leaders of the Group of Seven rich democracies on Sunday to a three-day summit in the Bavarian Alps overshadowed by the war in Ukraine and its far-reaching consequences, from energy shortages to a food crisis.

* French President Emmanuel Macron seeks to name a new government in early July, possibly including members from outside his political party, according to an interview with AFP.

* Thousands affected by a deadly earthquake in eastern Afghanistan are in need of clean water and food and are at risk of disease, an Afghan health ministry official said on Sunday, days after a U.N. agency warned of a cholera outbreak in the region.

* Sri Lanka will not receive shipments of petrol, diesel and crude oil, scheduled for this week and next week, Minister of Power and Energy Kanchana Wijesekera said on Saturday.

* Carrying the hammer and sickle flags of the former Soviet Union, thousands protested in Madrid on Sunday against a NATO summit which will take place in the Spanish capital next week.

* G7 leaders will discuss the prospect of reviving the Iran nuclear talks after the European Union's foreign policy chief met senior officials in Tehran to try to unblock the stalled negotiations, a French presidency official said on Sunday.

* Sri Lanka is struggling to secure fresh fuel supplies, a top government minister said on Sunday, as the crisis-hit country of 22 million people is down to just 15,000 tons of petrol and diesel to keep essential services running in the coming days.

* The heads of France's big energy companies on Sunday urged individuals and businesses to limit power consumption immediately to prepare for a looming energy crisis.

* Iraqi Prime Minister Mustafa al-Kadhimi arrived in Iran on Sunday, Iranian state TV reported, a day after he travelled to Saudi Arabia in a bid to revive talks between the regional rivals to ease years of hostility.

* Pakistani Prime Minister Shahbaz Sharif on Saturday said the government will take measures to help narrow the digital divide and promote literacy and skills among youth in all forms of education and learning.

* Floods triggered by heavy seasonal rains and onrush of rivers in Bangladesh have killed 82 people since last month, authorities said.

* The international community should agree on establishment of a new and transformative framework to strengthen conservation of biodiversity in the light of threats fueled by human actions and the climate crisis, senior officials from World Wide Fund for Nature (WWF) said on Sunday.

* South African authorities are investigating the deaths of at least 22 young people found inside a popular tavern in the coastal town of East London, provincial health officials and the presidency said on Sunday.