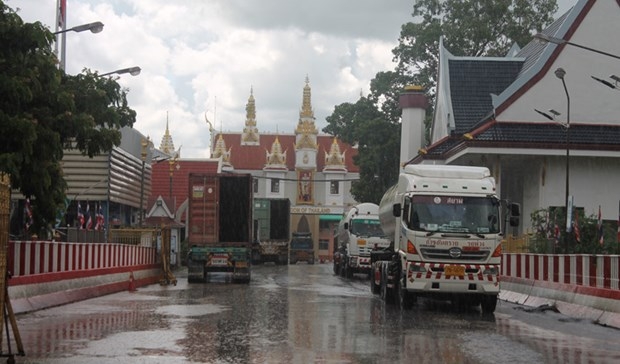 NDO/VNA – Trade between Cambodia and Thailand reached 2,913 million USD in the January-April period, a year-on-year increase of 8.04 percent, according to data from Thailand’s Ministry of Commerce.

The bilateral trade increased as both sides eased COVID-19 restrictions leading to the opening of the borders for goods and people, the Khmer Times newspaper said.

During the reviewed period, Cambodia exported 458 million USD worth of goods to Thailand, a 13.53 percent increase compared to the same period last year.

Meanwhile, it imported 2,455 million USD worth of products from Thailand, a 7.08 percent increase year-on-year, read the data.

The two countries are expected to see the bilateral trade volume increase from this year, according to the Thai Business Council in Cambodia (TBCC).

TBCC President Jiranan Wongmongkul said on June 8 that bilateral trade between the neighbours grew remarkably year on year in the pre-pandemic period, with both sides hoping to boost trade volume up to 15 billion USD by 2023.

Penn Sovicheat, Under-Secretary of State and Spokesperson at the Ministry of Commerce said, the inflow of goods across the border will boost trade activities and push trade volume.

Bilateral trade between Cambodia and Thailand was valued at 7.97 billion USD last year, a 10.26 percent increase compared to a year before.