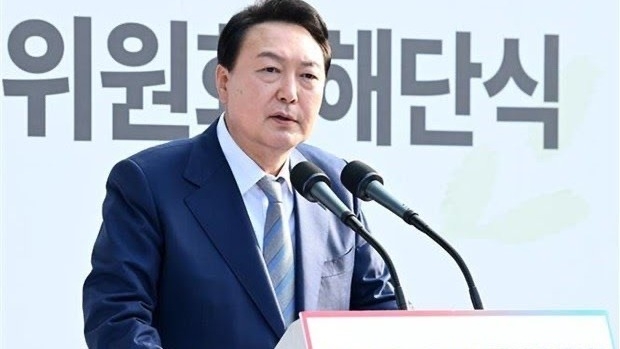 The new government of the RoK must immediately begin work to pass a draft supplementary budget worth up to 28 billion USD to support small businesses affected by the COVID-19 pandemic as it had promised during the election campaign in the context of the country facing many challenges including the pandemic, global supply chain crisis and climate change.

The new government takes the responsibility of leading the country as the world has been hit hard by the COVID-19 pandemic and the increase in food and energy prices. The RoK has been experiencing a record low growth rate, rising unemployment and a sharper gap between rich and poor.

In particular, the political scene has been also deeply divided as the two largest political parties of the ruling Democratic Party (DP) and the opposition People Power Party (PPP) have had many conflicts. Many policies of the new government will face difficulties as the DP has an absolute majority in the National Assembly.

Meanwhile, following over two years of the COVID-19 outbreak, the RoK economy has suffered from restrictive measures, social distancing and supply chain disruptions. Many businesses fell into difficulties, so many international organisations have lowered their forecast for the economic growth of the RoK this year.

The top mission the new government of the RoK is to give priority is to an additional budget of up to 28 billion USD to support pandemic-hit merchants. The incoming government is also committed to promoting a business-centric market economy, supporting the restoration of the industrial ecological environment affected by nuclear power policy and improve the sustainability of financial markets.

The RoK continues to promote its strengths as it strives to ‘leapfrog’ through the strong development of strategic industries in the future such as semiconductor chips and artificial intelligence, striving to develop the country into one of the 5 powers (G5) in science and technology in the world. The new government set a target of increasing chip exports to 170 billion USD by 2027, boosting the synchronous development of industry and commerce and unleashing creativity to cope with the global supply chain crisis.

In order to transform from an “affected country’ into an “influential country”, worthy of the country's economic status, the new government will continue to strengthen the comprehensive strategic alliance between the US and the RoK while closely cooperating with the US in multilateral mechanisms such as the Quad to seek official membership in the future.

Regarding the nuclear issue on the Korean peninsula, the new government’s priorities include promoting complete and verifiable denuclearisation and the normalisation of inter-Korean relations. In particular, the new President of the RoK proposed to revive the economy of the Democratic People's Republic of Korea by a ‘bold plan”, improving the quality of the life of people in the north if this country takes steps in the process of denuclearisation.

With the policy of improving relations with Japan, the RoK President sent a delegation led by deputy speaker of the National Assembly, Chung Jin Suk, to Tokyo to coordinate policies and discuss efforts to develop RoK-Japan relations towards the future for the mutual benefits of the two countries. In its relations with China, the new government in the RoK advocates readjusting bilateral relations on the basis of mutual respect, not considering US-China strategic competition as a challenge for the RoK but an opportunity for development.