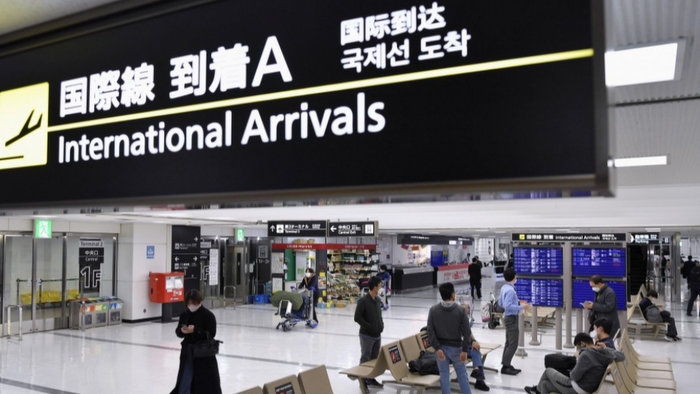 NDO – The results from the fight against COVID-19 pandemic and the vaccine coverage campaign have created an impetus for Asian countries to continue loosening border controls and boosting the tourism industry to develop again. The positive move has opened the prospects of accelerating post-pandemic economic recovery in the countries.

In line with the trend of countries around the world, many Asian countries have strongly boosted their plans to open their borders. Kyodo News cited a Japanese government source as saying that the country is looking to resume accepting some foreign tourists in June at the earliest as ‘the land of cherry blossoms’ has been easing the strict border controls.

Prime Minister Fumio Kishida has recently noted that Japan would re-evaluate pandemic preventive measures after consulting with health experts. Meanwhile, the Lao government announced that all international checkpoints in the country will be reopened from May 5, allowing the arrival of those who have been fully vaccinated to enter the country without any testing requirements. Since the beginning of this month, travellers from Malaysia and Thailand have been able to use their border pass to enter the two countries.

Before the outbreak of COVID-19, tourism was an important driving force for the development of many Asian economies. The ‘smokeless industry’, one of the pillars of the Thai economy, used to bring a large source of foreign currency revenue for ‘the country of smiles’. Meanwhile, Japan welcomed nearly 32 million foreign visitors in 2019.

However, the ‘storm’ of COVID-19 swept over the tourism industry of the world in general and Asia in particular. Closing borders is a measure that many countries were forced to choose in order to prevent and control the pandemic. This was the main reason for the decrease of international tourists to Japan to 245,900 in 2021, the lowest since 1964.

The number of foreign arrivals to Thailand in 2021 also fell by over 98 percent compared to 2019. The Republic of Korea (RoK) welcomed more than 17 million international tourists in 2019 but received only one million in 2021, the lowest number recorded since the country began conducting statistics in this field.

In that context, the decision to reopen tourism for foreign arrivals has promoted an opportunity for Asian tourism industry to wake up after a long time of ‘hibernation’. This is good news for people and businesses working in this sector.

Sharing with Kyodo, Yoko Kikuchi, an owner of an umbrella store on the Nakamise shopping street in Tokyo, expressed his hope that with foreign tourists returning, the street will get its energy back. Meanwhile, thanks to the easing of regulations on entry and quarantine due to COVID-19, Thailand’s tourism industry has gained many positive results and is aiming for recovery in 2023.

The Tourism Authority of Thailand (TAT) said that the country has the prospect of attracting 20 million tourists in 2023 after further easing regulations on tourism from May. According to the TAT, Thailand will try to achieve the nearest target of welcoming 7-10 million tourists this year.

Analysts said that it is necessary to be ready to receive foreign tourists and breathe new life into the economy, especially as Asia has made significant strides in the fight against the COVID-19 pandemic. The sharp decrease of the new cases, deaths and hospitalisations, along with the increasing coverage of vaccine, are important basis for the country to make decisions to ease border controls.

However, the World Health Organisation (WHO) warned that the risks from the COVID-19 are still present. New variants could appear at any time and spread quickly. The WHO also recommended that the countries should be cautious during the process of lifting pandemic prevention restrictions towards returning to normal life.

According to the Economist Intelligence Unit (EIU), the research and analysis unit of the Economist group, the Asia-Pacific tourism industry may not return to pre-pandemic levels until at least 2024. Besides the risks due to COVID-19 pandemic, the EIU said that the tourism recovery in the region has also encountered other ‘headwinds’ such as soaring energy prices and inflation.

Loosening border controls is an important premise for Asia's tourism industry to revive strongly. Analysts expected that this step will create a driving force to boost the recovery of the economies in the region.