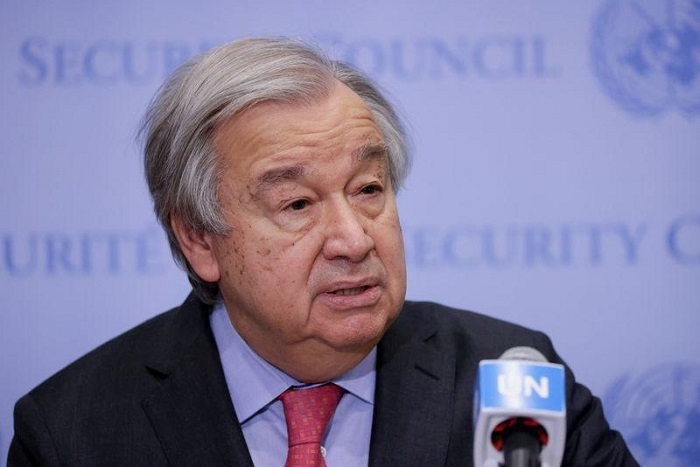 Guterres will head to Moscow on Tuesday and meet Putin as well as having a working meeting and lunch with Russian Foreign Minister Sergei Lavrov, Eri Kaneko, Guterres' associate spokesperson, told a news briefing in New York on Friday.

"He hopes to talk about what can be done to bring peace to Ukraine urgently," Kaneko said.

He will meet with Zelensky on Thursday, foreign minister Dmytro Kuleba and staff at UN agencies to discuss the scaling up of humanitarian assistance efforts, the UN spokesperson’s office said in a statement.

Guterres had asked to meet the leaders of both nations in separate letters handed to their countries' permanent missions to the United Nations.

Guterres on Tuesday called for a four-day Orthodox Easter humanitarian pause in fighting in Ukraine beginning on Thursday to allow for the safe passage of civilians from areas of conflict and the delivery of humanitarian aid to hard-hit areas.

"The secretary-general is not so much disappointed that his own personal call was not heeded, but more that there has been no truce, that civilians cannot leave besieged areas and that the aid that the UN and our partners are ready to deliver to these besieged areas cannot go in," Kaneko said on Friday.

Guterres will further those discussions during his visit to Moscow, the spokesperson added.