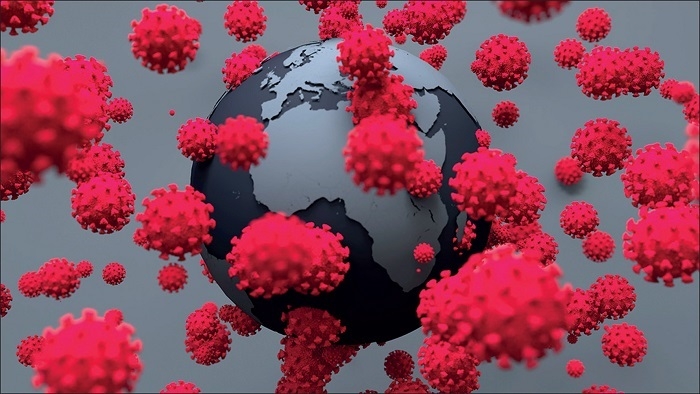 A World Health Organization spokesperson said on Friday that the end of the COVID-19 pandemic was a long way off, citing a rise in cases in its latest weekly data.

Stock markets took a breather on Friday after several days of sizeable gains, while commodities were set on edge by the lack of progress in Russia-Ukraine peace negotiations.

* A Chinese envoy on Thursday called on all parties to the Ukraine conflict to exercise restraint so as to prevent a humanitarian crisis of an even larger scale.

* Turkish President Recep Tayyip Erdogan renewed his offer to bring the leaders of Russia and Ukraine to Turkey, during a phone conversation with his Russian counterpart, Vladimir Putin, on Thursday.

* French President Emmanuel Macron said on Thursday he would increase the retirement age, cut taxes and further loosen labour market rules if he wins a second term in next month's election, seeking a mandate to press on with pro-business reforms.

* The OECD estimates the Ukraine-Russia conflict could knock more than 1 percentage point off global growth this year.

* China will stick to the dynamic zero-COVID approach as the line of defense against the epidemic at the moment, a Chinese health official said Friday.

* India's federal government has asked states to intensify surveillance on the COVID-19 situation and keep an overall vigil in wake of the surge in cases across Southeast Asia and some European countries, officials said Friday.

* Over 100,000 foreign tourists have arrived in the Philippines since the Southeast Asian country reopened its borders last month, the government said on Friday.

* Germany will lift most pandemic restrictions despite infections hitting a record on Thursday.

* Italy announced plans to phase out its restrictions more than two years after the disease first swept the country, even though cases are once again on the rise.

* The number of Americans filing new claims for unemployment benefits fell last week as demand for labor remained strong, positioning the economy for another month of solid job gains.

* The Netherlands will significantly ramp up the building of offshore wind farms in coming years, doubling the planned capacity by 2030, in a bid to meet climate goals and reduce its dependence on Russian gas.

* Tropical cyclone Gombe has killed at least 53 people since it hit Mozambique a week ago, authorities said on Thursday, in a sharp rise from earlier estimates.

* The European Medicines Agency's leading vaccine expert said that data on COVID-19 vaccines tailored for the Omicron variant should be available between April and the start of July, potentially paving the way for approval this summer.

* Moderna Inc MRNA.O sought emergency use authorization from US health regulators for a second COVID-19 booster shot, as a surge in cases in some parts of the world fuels fears of another wave of the pandemic.

* NASA's next-generation moon rocket began a highly anticipated, slow-motion journey out of its assembly plant en route to the launch pad in Florida on Thursday for a final round of tests in the coming weeks that will determine how soon the spacecraft can fly.