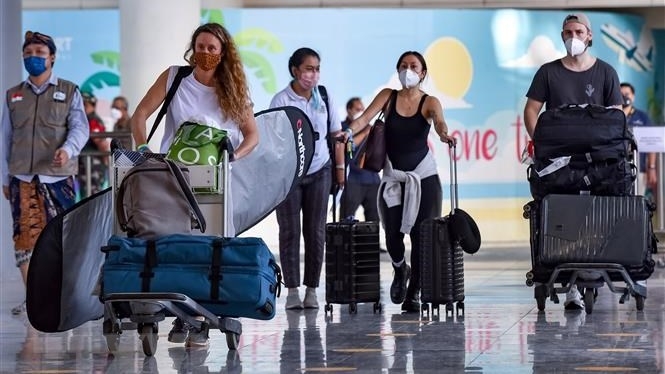 NDO/VNA - The Indonesian government will conduct quarantine-free on a trial basis for travellers who want to vacation in Bali from March 14 under certain conditions, a senior minister has said.

Speaking at a virtual press conference on February 27, Co-ordinating Minister for Maritime and Investment Affairs Luhut Binsar Panjaitan said the trial may be launched before March 14 if the government sees positive development in the next one week for the continued downward trend in the number of COVID-19 cases in Bali.

Foreign visitors have to show proof of hotel booking payments for at least four days if they want to enter Bali, while Indonesians who arrive on the holiday island from abroad are required to show proof of domicile in the Goddess island, said Panjaitan.

International travellers who want to enter Bali should have been fully vaccinated or received booster jabs of COVID-19 vaccines, besides conducting entry PCR tests and waiting at hotels for negative test results, he added.

The Indonesian official said if the tests show negative results, the international travellers are allowed to do other activities under health protocols, adding that they should also carry out PCR tests again on the third day at their hotels.

The requirement to have a guarantor sponsor for tourist e-visa requests will be revoked because it is considered burdensome for foreign tourists, he said.

Panjaitan pointed out that Bali was chosen as the pilot project location because the rate of people with two vaccine doses in the province is higher than in other provinces. If the trial in Bali is successful, the government will expand the non-quarantine policy across Indonesia from April 1, or sooner.