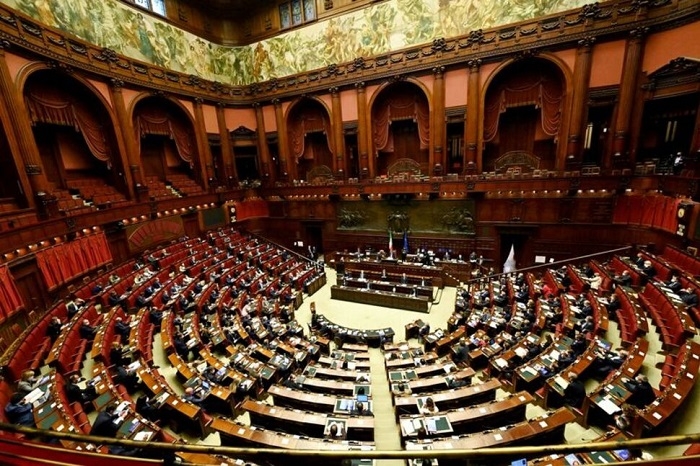 Italy's parliament will begin voting on Monday for a new head of state, with Prime Minister Mario Draghi among the most prominent candidates in a wide-open contest which will be closely monitored by financial markets.

There are concerns among politicians in Italy that the result could trigger fresh political uncertainty in the euro zone's third largest economy, which is facing a resurgence of COVID-19 infections and deaths.
In a process that could take several days, more than 1,000 parliamentarians and regional representatives will convene at 1400 GMT for the first round of secret voting to replace Italy's outgoing President Sergio Mattarella.

The winner needs a two-thirds majority in any of the first three rounds, with an absolute majority enough thereafter.

Draghi, who leads a national unity administration, has made clear he would like the job, which has a 7-year term. But there is a reluctance among some parties to back him for fear his departure could trigger political turmoil and an early election.

"At this difficult moment, it would be dangerous to remove Draghi from the post of prime minister," rightist League leader Matteo Salvini said on Sunday, echoing similar remarks made by his coalition partner Berlusconi.

Since neither the centre-right nor the centre-left have enough votes to impose a candidate from their own camp, a compromise is likely to be needed to prevent a stalemate.

Silvio Berlusconi pulled out of the race on Saturday, removing an obstacle to cross-party talks. The centre-left had ruled out backing the former prime minister, who was unlikely to muster the broad support traditionally needed.

If Draghi were to become head of state, a deal on another prime minister would be immediately needed to ensure that instability does not jeopardise Italy's drive to receive some 200 billion euros (226.80 billion USD) of EU pandemic relief funds.

With uncertainty prevailing, the centre-left Democratic Party (PD) is considering casting a blank vote in the first ballot, while its 5-Star Movement allies have not yet decided on a strategy.

Since Berlusconi's withdrawal, the centre-right parties have made no alternative proposals but Salvini said the coalition was ready to present several "high-profile" names for negotiation.

Mattarella has ruled out accepting another term but some politicians have suggested pleading with him to carry on, leaving Draghi as prime minister until Italy's next election is due in early 2023.