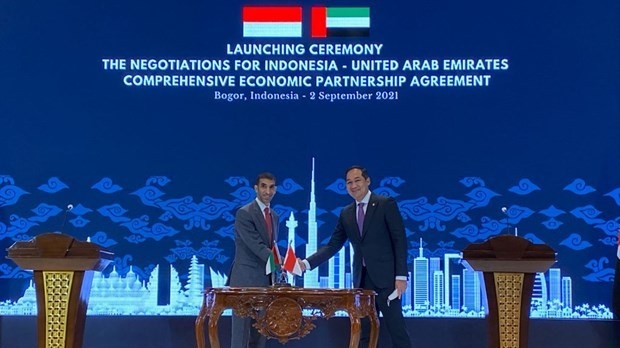 NDO/VNA – Indonesia will give priority to the early ratification of a number of bilateral trade agreements, particularly a comprehensive economic partnership agreement (CEPA) with the United Arab Emirates (UAE), according to the country's Trade Minister Muhammad Lutfi.

At a webinar on January 19, the minister said that his ministry will strive to finalise the CEPA by the end of March.

Currently, trade between the sides reaches 2.9 billion USD. Lutfi expects the number to increase by 2 to 3 times after the pact goes into effect.

The ministry will also continue speeding up its negotiations of the Indonesia-Bangladesh Preferential Trade Agreement (IB-PTA) as well as the country's bilateral trade agreements with Tunisia, Turkey, Iran, and the EU.

Earlier, in December 2021, the country's Coordinating Minister for Economic Affairs also urged the Indonesian House of Representatives to soon ratify a number of bilateral and multilateral trade agreements, including the Regional Comprehensive Economic Agreement (RCEP) and a free trade deal with the Republic of Korea.