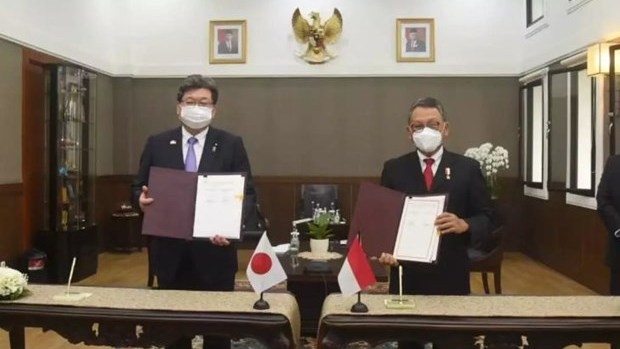 The MoC was inked by Indonesian Minister of Energy and Mineral Resources Arifin Tasrif and Japanese Minister of Economy, Trade and Industry Hagiuda Koichi on January 10.

Tasrif was quoted by Antara News as saying after signing the MoC that the bilateral cooperation will help facilitate a technology transfer process in order to accelerate the energy transition process.

Indonesia's energy transition program needs the support of international partners in order to achieve the nation's target to become carbon neutral by 2060, he affirmed.

Hence, the Indonesian government invites investors to participate in order to support the program.

"Japan wants to help materialize this target through the framework of the Asia Energy Transition Initiative," the Japanese minister noted.