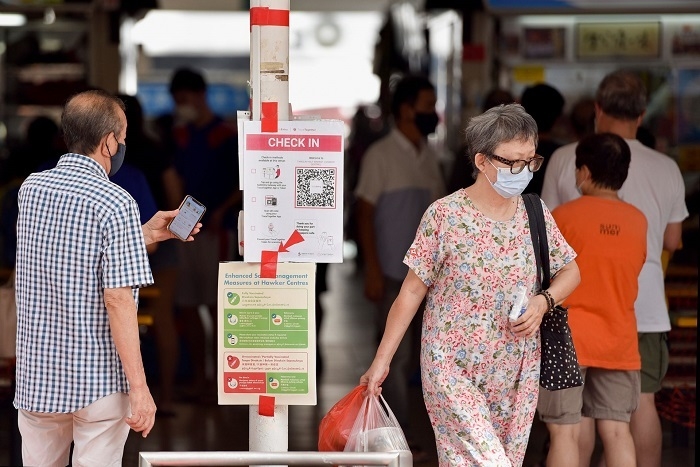 Singapore expects the Omicron coronavirus variant to cause a bigger wave of infections than Delta, the health ministry said on Wednesday, adding a booster dose will soon be required for adults to be considered fully vaccinated.

The International Monetary Fund will release its World Economic Outlook on Jan. 25, a week later than planned, to factor in the latest COVID-19 developments, a spokesperson for the global lender said.

* Australia and Japan are set to sign a treaty to beef up defence and security cooperation at a virtual summit on Thursday, in the latest move to strengthen bilateral ties.

* The White House on Tuesday welcomed coordination with Saudi Arabia, the United Arab Emirates and OPEC+ in addressing price pressures, a spokesperson said.

* German Foreign Minister Annalena Baerbock, who is travelling to Washington to meet US Secretary of State Antony Blinken on Wednesday, said she would reaffirm the importance of dialogue with Russia to prevent conflict over Ukraine.

* Philippine authorities have cancelled an annual procession, which normally draws millions of Catholic devotees accompanying a black wooden statue of Jesus Christ through the streets of Manila, for a second straight year due to coronavirus concerns.

* A few central Chinese cities imposed varying degrees of curbs after sporadic cases, ahead of the upcoming Winter Olympics and Lunar New Year holiday, with the city of Yuzhou ordering its 1.1 million residents not to leave town since Jan. 2.

* Thailand's outbreak of the Omicron variant could have a larger and more prolonged impact than expected on an economic recovery, according to minutes of the central bank's last policy meeting.

* The Biden administration doubled its order for Pfizer's oral COVID-19 antiviral treatment, the company and the White House said on Tuesday.

* India reported 58,097 new cases, twice the number seen only four days ago, with authorities in the capital city of Delhi and the technology hub of Bengaluru ordering people to stay home over coming weekends.

* Japan's Okinawa saw cases more than doubling on Wednesday from the previous day, as officials considered imposing emergency steps to contain it.

* The United States' global record of nearly 1 million new infections mark an almost doubling from its previous peak seen a week ago.

* Germany needs to offer booster shots to an additional 15 million people to slow the spread of the Omicron strain and hopefully avoid a rush on intensive care units, its health minister said.

* Five cruise ships in Brazilian waters have reported 214 cases among their crew and passengers, including two ships that are in quarantine in the port of Santos.

* Australia's daily cases hit a record high for a third consecutive day on Wednesday, further straining hospital resources and testing facilities as public anger grows over the handling of the Omicron outbreak.

* Coronavirus infections are surging across several Gulf Arab states, with the daily number of cases more than doubling in Saudi Arabia over two days to more than 2,500 and crossing the 1,000-level in Qatar and Kuwait.

* Students at Spanish schools and universities will return to class in-person when the new term begins on Jan. 10, the Health Minister said on Tuesday, ending speculation that record COVID-19 infections might trigger a return to distance learning.

* Record numbers of US workers leaving their jobs and a slowdown in hiring at front-line businesses may show that the latest COVID-19 wave is denting labour supply.

* Hungary reported 5,270 new COVID-19 cases on Wednesday, a sharp rise from the 3,005 recorded a week ago, as the Omicron variant spreads.