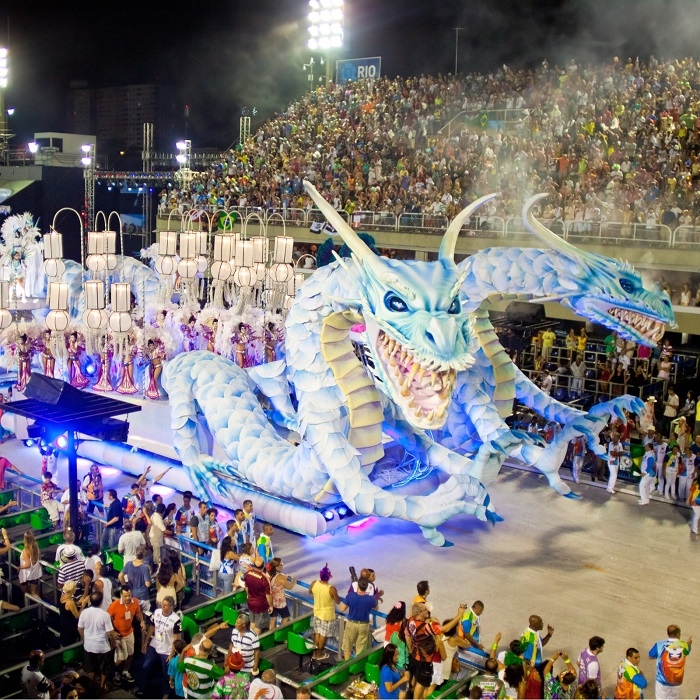 Rio de Janeiro has canceled street parades and parties during its world-famous Carnival for a second year due to an increase in COVID-19 cases and the threat from the arrival of the Omicron coronavirus variant, the city's mayor said on Tuesday.

However, the spectacular parade by Rio's samba schools, which the public watches from the stands of the city's Marques de Sapucai Sambadrome, will go ahead, unlike last year, with health precautions to prevent spreading the virus, he said.

Rio mayor Eduardo Paes announced after a meeting with health authorities that the city would call off the street events that draw hundreds of thousands of Carnival revelers each year.

"The street carnival, by its very nature, due to the democratic aspect it has, makes it impossible to exercise any kind of inspection," Paes said in a live internet broadcast.

Other Brazilian capitals are also canceling their Carnival parades. Last week, the northeastern city of Salvador announced it would not celebrate the event.

Belo Horizonte, the capital of Minas Gerais state, also decided it will not sponsor or invest in street parades this year, local media reported.

Sao Paulo, the capital of Brazil's wealthiest state, is planning to transfer its street parade to the city's Interlagos Formula One race track, the Folha de Sao Paulo newspaper reported.

Cases of COVID-19 infection are on the rise again in Brazil. The Health Ministry on Tuesday reported 18,759 new cases of the novel coronavirus in the past 24 hours, and 175 deaths from COVID-19. Some 170 cases of Omicron had been confirmed in the country, up from 32 just two weeks ago, it said.