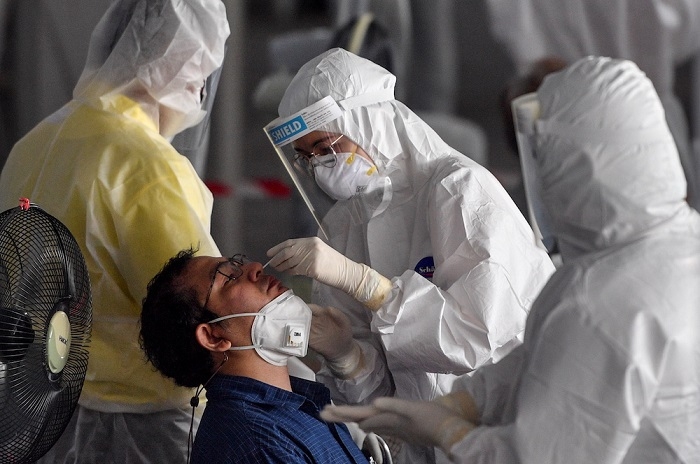 Thailand reported on Friday its first domestic cluster of coronavirus infections from the Omicron variant in Kalasin province in northeastern Thailand, officials said.

The infections stem from a couple who travelled from Belgium through the country’s Test & Go scheme that waived quarantine for vaccinated arrivals, she said.

Both had tested negative for infections before travelling and after arrival in Thailand in early December.

“By December 15, they started having symptoms and tested positive and were later confirmed to have the Omicron variant,” she said.

Fireworks and countdown events organised by malls were still going forward and would require proof of vaccination and antigen test results.

The health ministry also previously said it would introduce a fourth booster dose for medical personnel.

So far, Thailand has 205 infections from the Omicron variant, mostly in foreign arrivals. Of that number, 25 people were infected from Omicron from those coming from aboard.

Other clusters are being investigated in the country’s south, senior health Supakit Sirilak told a separate news briefing.

The country reported its first local transmission of the variant on Monday and later reinstated quarantine for foreign arrivals, ending a waiver for vaccinated tourists. A sandbox programme that requires travellers to stay on the resort island of Phuket for seven days remained in place.

We should follow the protective measures closely and slow down the outbreak as much as possible, Supakit said.

Thailand has reported a total of 2.2 million confirmed infections and 21,528 deaths. About 62% of an estimated 72 million people living in the country have received two doses of vaccinations.