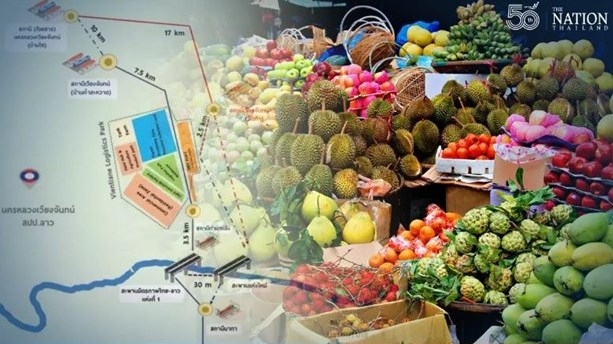 NDO/VNA - Thailand’s Agriculture and Cooperatives Ministry has said that the new Laos-China railway, which will start running from December 2, should serve as a good delivery channel for the agriculture industry.

As reported by The Nation, an English-language daily digital newspaper of Thailand, the railway will initially only provide freight services to Chinese companies based in Laos, transporting goods like rubber, dried cassava, industrial salt, ore, among others.

Thai businesses should be able to take advantage of the railway by travelling across the Thai-Laos Friendship Bridge to load cargo at the Vientiane Southern Cargo Terminal, said the ministry’s spokesman, Chantanon Wannakhajorn.

He said using the railway can shorten the transit time from two days by road to 10 to 15 hours.