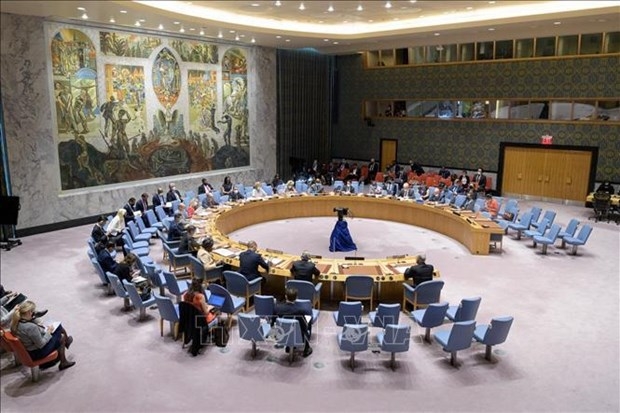 NDO/VNA – Nguyen Phuong Tra, Deputy Permanent Representative of Vietnam to the United Nations (UN) has emphasised that the implementation of a Somalia‑led political process should take into account the legitimate aspirations and concerns of all stakeholders, and the adequate representation of women, minorities and youth must be ensured.

Addressing a UN Security Council briefing on Somalia on November 17 in New York, she said the late 2021 and early 2022 period played a decisive role for Somalia in organising the National Assembly (NA) and the presidential election. She expressed the wish that the involved parties will reach a political consensus and hold elections on schedule.
Vietnam appreciated the recent positive developments, especially the completion of the elections for all the 54 seats in the Senate, she said and called on international partners to increase humanitarian assistance to the Somali Government in reducing socio-economic impacts caused by threats and challenges from locusts, floods, droughts and the COVID-19 pandemic.

Speakers at the UNSC meeting said the results of the Senate election in Somalia with 54 seats elected will give more impetus to the upcoming House of Representatives and Presidential elections. However, they also said that 26 percent of female representatives in the Senate did not meet the set requirements, so it is expected that at the House of Representatives election, the parties will create favourable conditions to achieve the target of 30 percent of women in the National Assembly.

Concerned about the violence and attacks and killings of civilians, government officials, UN staff and international organisations operating in Somalia, the speakers suggested the UN and international organisations, especially the African Union, continue providing both financial and technical support for the elections in Somalia and coordinate with security forces and the military to implement measures to protect voters, especially women and children.

They also shared the difficulties that Somalia is coping with, especially the impact of the COVID-19 pandemic, prolonged drought. They supported the role and activities of the United Nations Assistance Mission in Somalia (UNSOM), African Union in Somalia (AMISOM) and regional organisations in supporting the Somali Government.