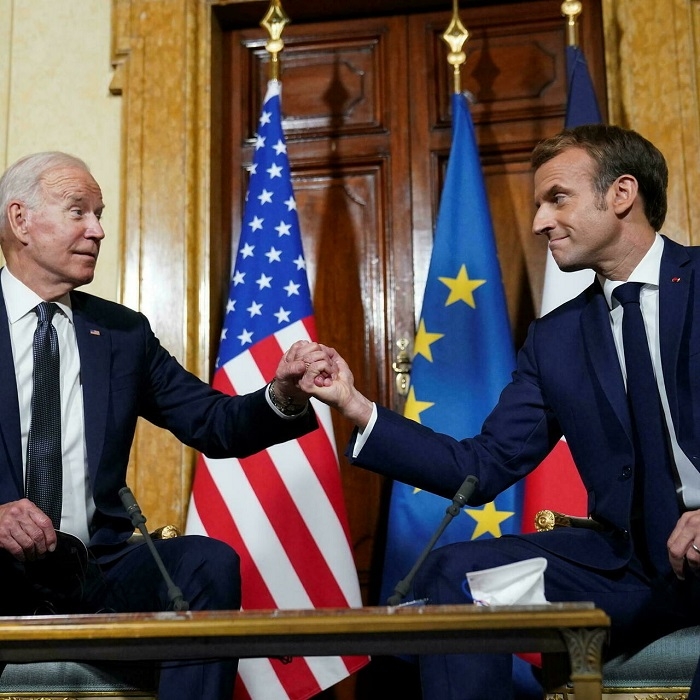 French President Emmanuel Macron and US President Joe Biden shared a warm handshake for the cameras.

President Emmanuel Macron said his meeting with President Joe Biden on Friday would allow France and the United States rebuilt to rebuild trust following a rift over an Indo-Pacific security pact, and that it was key to look to the future.

The two leaders shared a warm handshake for the cameras after Biden kept Macron waiting for more than one and a half hours, before sitting down to talks over climate, counter-terrorism in West Africa and European defence.

"What really matters now is what we do together in the coming weeks, in the coming months," Macron said in opening remarks at France's embassy to the Vatican.

"It's an important meeting because after the AUKUS affair, we have embarked on a veritable joint project," Macron said, referring to the acronym for the security pact Washington signed with Britain and Australia.

Macron and his government were left infuriated by the deal which resulted in Canberra scrapping a mega-defence deal for French submarines.

At the time, Macron's government said it had been 'stabbed in the back' by its close allies, upset by the manner in which the affair undermined France and Europe's role on the global stage.

Macron said there had since been "indispensable clarification as to what constitutes European sovereignty and European defence and what they can bring to global security."