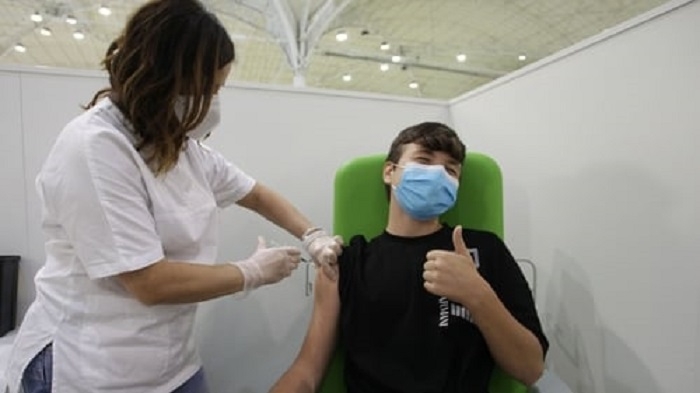 Italy reached the target of fully vaccinating 80% of the population over the age of 12 against COVID-19, according to official data, achieving a goal Rome had set as a safety cut-off point, government data showed on Sunday.

The global community must invest much more and raise the scale and speed of its pledges to protect nature and prevent species loss, a senior U.N. official said on Sunday on the eve of a new round of global biodiversity talks.

* Japan's new Prime Minister, Kishida Fumio, said on Sunday he won't seek to change the country's taxes on capital gains and dividends for now as he intends to pursue other steps for better wealth distribution, such as raising wages of medical workers.

* Outgoing German Chancellor Angela Merkel pledged on Sunday that her country would preserve its post-Holocaust commitment to Israel, which hailed her as a "moral compass" for Europeans at times divided over its Middle East conflicts.

* Britain will tell the European Union again next week that "significant change" to the Northern Ireland protocol is vital for the restoration of genuinely good relations between London and Brussels.

* Polls opened on Sunday for Iraq's fifth parliamentary election since the US invasion of 2003 that toppled dictator Saddam Hussein, state television reported.

* Austria's ruling coalition soldiered on on Sunday after Chancellor Sebastian Kurz quit to keep it alive.

* China had administered a total of 2.22 billion doses of COVID-19 vaccine as of Oct. 9, data from the National Health Commission showed on Sunday.

* Brazil has had 16,451 new cases of the coronavirus reported in the past 24 hours, and 404 deaths from COVID-19, the health ministry said on Saturday.

* Italian police on Saturday used water cannon to push back hundreds of people demonstrating in Rome against coronavirus vaccination, seeking to keep them from the prime minister's office.

* A plane carrying a group of parachute jumpers crashed in the Russian region of Tatarstan on Sunday, killing 16 people and injuring six, the Emergencies Ministry said.

* Egypt's annual urban consumer price inflation increased to 6.6% in September from 5.7% in August, data from the country's statistics agency CAPMAS showed on Sunday.

* The Australian government is considering a range of measures that would make social media companies more responsible for defamatory material published on their platforms, Communications Minister Paul Fletcher said on Sunday.