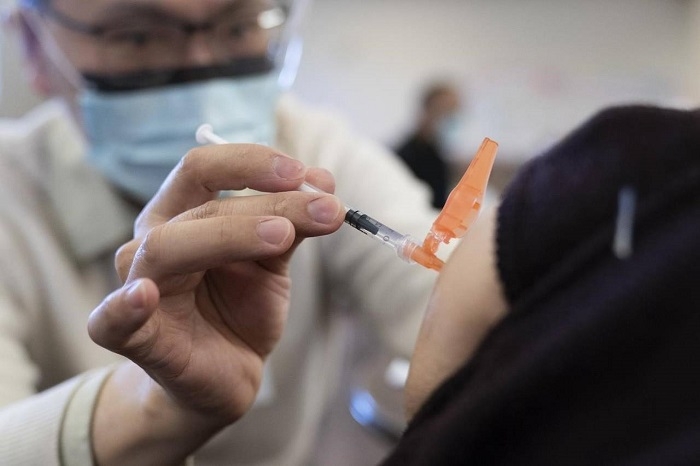 Japan's new Prime Minister Kishida Fumio said on Friday he had agreed in his first talks with Chinese President Xi Jinping since taking office on the need to work together on issues of shared concern.

* Chinese President Xi Jinping said on Saturday that "reunification" with Taiwan must and will be realised and that this accords with the basic interests of Taiwan's people.

* China said on Saturday it pressed the United States to eliminate tariffs in talks between the countries' top trade officials that Washington saw as a test of bilateral engagement between the world's biggest economies.

* Brazil was set on Friday to become the second country in the world to pass 600,000 COVID-19 deaths, a grim milestone for a government that has been sharply criticised by health experts for mismanaging the outbreak.

* Russia reported 968 coronavirus-related deaths on Saturday, its highest single-day death toll since the start of the pandemic. There were 29,362 new cases recorded in the last 24 hours, the government coronavirus task force said.

* The US economy created the fewest jobs in nine months in September amid a drop in hiring at schools and worker shortages, but ebbing COVID-19 cases and the end of generous unemployment benefits could boost employment gains in the months ahead.

* The European Central Bank must think about the exit from monetary and fiscal support deployed during the pandemic even if that displeases governments, three of its policymakers said.

* Czechs wrap up voting in a tight election on Saturday in which Prime Minister Andrej Babis battled criticism that he mismanaged the pandemic, stoked fast-rising debt with handouts and tend to his own business interests in office.

* Poland has a legal and moral obligation as a member of the European Union to abide by the bloc's rules completely and unconditionally, the foreign ministers of France and Germany said in a joint statement issued on Friday.

* US Secretary of State Antony Blinken will visit Colombia later this month to strengthen the two countries' relationship and discuss diverse topics related to their shared agenda, the Andean country's foreign ministry said on Friday.

* Tokyo's government said on Saturday that new daily infections of COVID-19 in the Japanese capital declined to 82, the lowest since Oct. 19 last year.

* Singapore is opening its borders to more countries for quarantine-free travel as the city-state seeks to rebuild its status as an international aviation hub, and prepares to reach a "new normal" to live with COVID-19.

* Romania is in talks about potentially transferring some COVID-19 patients to Hungary as Bucharest struggles with record high infections and a shortage of intensive care beds, deputy interior minister Raed Arafat said.

* Britain will offer additional COVID-19 shots to participants in clinical trials for coronavirus vaccines that have not yet been approved in order to let them travel, the health ministry said.

* Australian doctors warned a too-rapid easing of restrictions in Sydney could put pressure on health systems and risk lives, as the country's biggest city prepares for an end to more than 100 days in lockdown next week.

* Brazil's state-run oil company Petrobras said on Friday it has agreed to pay BRL1.4 billion (US$254 million) to settle three civil suits relating to the leak of an oil pipeline in southern Brazil in 2000.

* A case of Ebola has been confirmed in eastern Democratic Republic of Congo, the health minister said on Friday, five months after the end of the most recent outbreak there.

* Buildings near the volcano on the Spanish island of La Palma were engulfed by rivers of lava early on Saturday, with the drama of the red-hot eruption intensified by the spectacle of flashes of lightning.