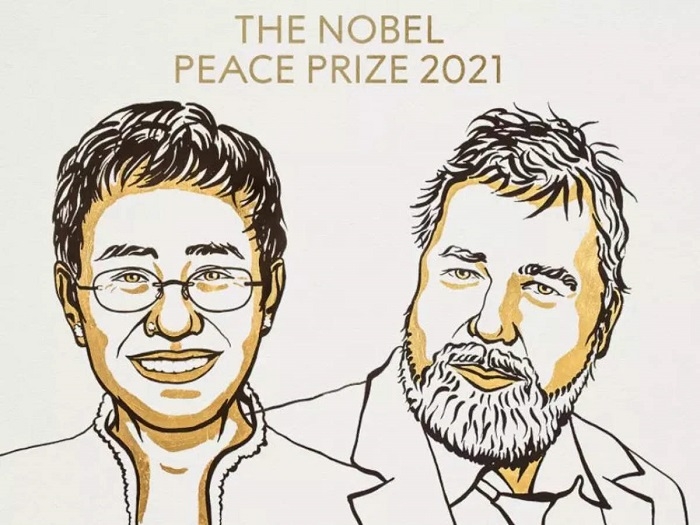 * Philippines journalist Maria Ressa was "speechless" upon learning on Friday that she was one of the two winners of this year's Nobel Peace Prize.

"I'm speechless, thank you so very much," Ressa said when called by Olav Njoelstad, Secretary of the Norwegian Nobel Committee, minutes before the 0900 GMT announcement of the prize.

A recording of the conversation was later released by the award-giving body.

* The U.N. human rights office congratulated Maria Ressa and Dmitry Muratov on receiving the Nobel Peace Prize on Friday, saying it was "recognition of the importance of the work of journalists in the most difficult circumstances".

"Throughout the years we've seen an increase in attacks in journalists during the COVID lockdown as well," spokesperson Ravina Shamdasani told journalists at a U.N. briefing in Geneva.

"I think I’d speak for the High Commissioner (Michelle Bachelet) when I say congratulations to all journalists out there who are doing their job to keep us informed and to amplify the voices of victims everywhere," she added.