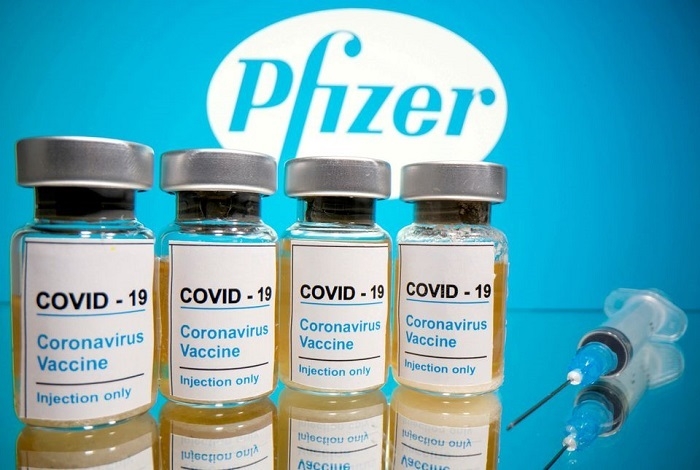 The effectiveness of the Pfizer/BioNTech vaccine in preventing infection dropped to 47% from 88% six months after the second dose, according to data that US health agencies considered when deciding on the need for booster shots.

The world's top miners on Tuesday committed to a goal of net zero direct and indirect carbon emissions by 2050 or sooner, the International Council on Mining and Metals (ICMM) said. The announcement comes before next month's U.N. climate gathering that aims to achieve more ambitious climate action from the nearly 200 countries that signed the 2015 Paris Agreement to limit global warming.

* OPEC+ said on Monday it would stick to an existing pact for a gradual increase in oil output, sending crude prices to three-year highs and adding to inflationary pressures that consuming nations fear will derail an economic recovery from the pandemic.

* Venezuela will reopen its border with Colombia on Tuesday, Venezuelan Vice President Delcy Rodriguez said in a state television address on Monday, after a nearly three-year closure due to political tensions.

* Australia's central bank held interest rates at a record low for an 11th straight month and sounded ready to keep them there for a few years even as pressure mounts for a hike to cool a red-hot housing market.

* US President Joe Biden, in a call with European Commission President Ursula von der Leyen on Monday, emphasized the importance of "leveling the playing field in the international tax system," the White House said in a statement.

* Afghanistan will start issuing passports to its citizens again on Tuesday, a senior official said, following months of delays that hampered attempts by those trying to flee the country after the Taliban seized control in August.

* US Secretary of State Antony Blinken said he would have a chance during talks in Paris on Tuesday to discuss rebuilding French trust in the United States following a row over a new Indo-Pacific security pact.

* Denmark's agricultural and forestry sector must reduce greenhouse gas emissions by 55% and 65% by 2030 compared with 1990 levels, a majority in parliament agreed.

* Tunisia's President Kais Saied said on Monday that 1.8 million people had come onto the streets on Sunday during rallies in support of him that appeared to bring out only a tiny fraction of that number.

* Libya's eastern-based parliament said on Monday it had agreed a law for a parliamentary election to take place a month after a planned Dec. 24 presidential election.

* Ireland outlined a 10-year EUR165 billion (US$192 billion) capital plan on Monday that the country's fiscal watchdog said would take public investment to one of the highest levels in the OECD but also carried risks for the high debt economy.

* China administered about 873,000 doses of COVID-19 vaccines on Monday, bringing the total number of doses administered so far up to around 2.215 billion, data from the National Health Commission showed on Tuesday.

* Russia on Tuesday reported 895 new COVID-19 deaths, the most recorded in a single day since the pandemic began, as well as 25,110 new coronavirus cases in the last 24 hours.

* The European Union's drugs regulator said people with weakened immune systems should get a third dose of a vaccine from Pfizer/BioNTech or Moderna, but left it to member states to decide if the wider population should get a booster.

* The summer spike in cases fuelled by the Delta variant is likely the last big COVID-19 wave in the United States, but the pandemic is far from over globally, a former US Food and Drug Administration commissioner has said.

* Australia will buy 300,000 courses of Merck & Co's experimental antiviral pill, as Victoria logged the highest number of daily infections of any state in the country since the pandemic began.

* New Zealand will start using vaccine certificates as proof of inoculation at large events and other high-risk settings from next month.

* The US Centers for Disease Control and Prevention on Monday warned against travel to Armenia, Austria, Barbados, Croatia and Latvia.

* The number of daily coronavirus-related deaths in Ukraine topped 300 for the first time since mid-May, health ministry data showed on Tuesday. The ministry reported 317 deaths over the past 24 hours and 9,846 new infections.

* AstraZeneca said it had submitted a request with US health regulators to grant emergency use authorisation for a new treatment to prevent COVID-19.

* Senegal logged only two new daily infections, the lowest number since the pandemic reached the country and two months after the rate of new cases hovered at record highs.