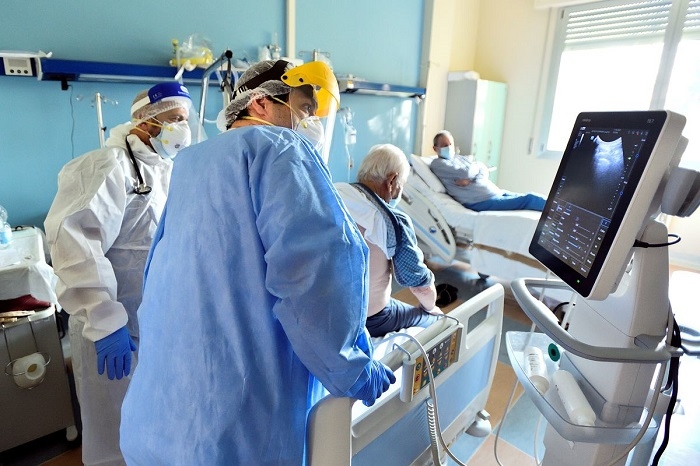 Italy reported 25 coronavirus-related deaths on Saturday against 52 the day before, the health ministry said, while the daily tally of new infections fell to 3,312 from 3,405.

One U.N. peacekeeper was killed and four more were severely wounded when their convoy hit an improvised explosive device in northern Mali on Saturday, the United Nations' force in Mali said.

* Prime Minister Boris Johnson said on Sunday he would not return to "uncontrolled immigration" to solve fuel, gas and Christmas food crises, suggesting for the first time that such strains were related to Britain's departure from the European Union.

* The United States warned Sudan this week that failure to make progress on a transition to civilian rule could put at risk political and economic support from Washington, a State Department spokesperson said on Saturday.

* French President Emmanuel Macron discussed the political situation in Tunisia with President Kais Saied, and Saied told Macron that a new government would be formed in the coming days, Macron's Elysee department said on Saturday.

* China administered about 755,000 doses of COVID-19 vaccines on Oct. 2, bringing the number of doses administered to 2.213 billion, data from the National Health Commission showed on Sunday.

* Russia reported 890 coronavirus-related deaths on Sunday, the largest single-day death toll it has recorded since the pandemic began.

* Georgia's ruling party has taken a commanding lead over the opposition United National Movement founded by former president Mikheil Saakashvili in municipal elections that have taken on national significance amid a protracted political crisis.

* Qataris voted on Saturday in the Gulf Arab state's first legislative elections for two-thirds of the advisory Shura Council, a process that has stirred domestic debate about electoral inclusion and citizenship.

* Brazil had 13,466 new cases of the novel coronavirus in the past 24 hours and 468 deaths from COVID-19, the Health Ministry said on Saturday.

* Australia reported more than 1,900 new infections of the Delta coronavirus on Sunday, health data showed, with authorities struggling to quell the outbreak in the two most populous states and cases spreading to new states.

* Tropical Cyclone Shaheen bore down on Oman on Sunday, prompting authorities to delay flights to and from the capital, Muscat, and to urge residents to evacuate coastal areas.

* Clashes in the Yemeni city of Aden on Saturday between members of the separatist Southern Transitional Council (STC) killed at least four fighters before armoured vehicles were deployed and calm was restored, security sources and residents said.

* Algeria has recalled its ambassador to France for consultations after what it called "irresponsible" comments attributed to French President Emmanuel Macron, Algeria's presidency said on Saturday.