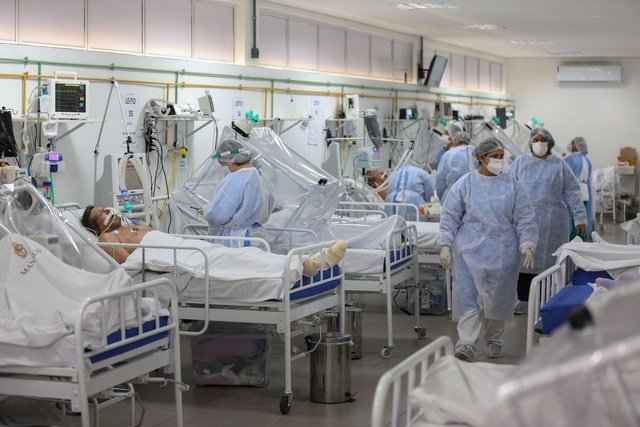 Brazil has now registered 21,445,651 cases since the pandemic began, while the official death toll has risen to 597,255, according to ministry data, in the world's second-deadliest outbreak outside the United States.

Worldwide deaths related to COVID-19 surpassed 5 million on Friday, according to a Reuters tally, as the Delta variant causes a surge in fatalities, mainly among the unvaccinated.

More than half of the world has yet to receive at least one dose of a COVID-19 vaccine, according to Our World in Data.

It took almost over a year for the COVID-19 death toll to hit 2.5 million, while the next 2.5 million deaths were recorded in 236 days, according to a Reuters analysis. More than half of all global deaths reported on a seven-day average were in the United States, Russia, Brazil, Mexico and India.

Globally an average of 8,000 deaths were reported daily over the last week, accounting for five deaths every minute.