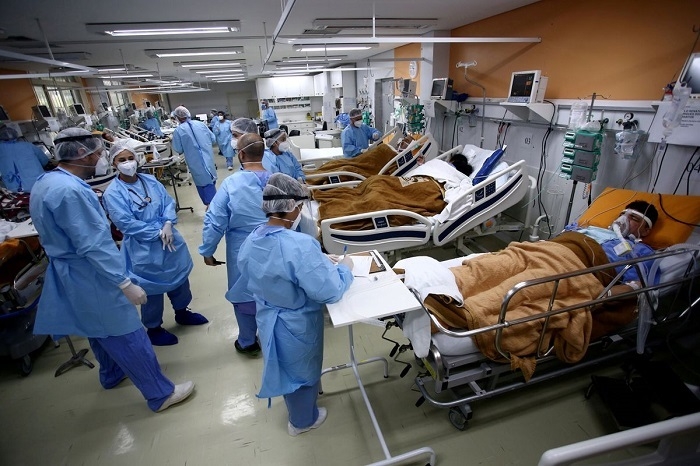 Brazil has had the world's third-worst outbreak outside the United States and India and its second-deadliest.

Brazil reported 485 new deaths from COVID-19 over the past 24 hours, bringing the total toll from the coronavirus in the country to 591,440, the health ministry said on Tuesday.

The ministry said it had revised down by 573 the number of infections since the pandemic began, which lower the total cases to 21,247,094.

New cases of infection reported in Brazil on Tuesday were 11,455, but the state of Ceara said it had to correct its database, which reduced the number of its case by 12,028, thus lowering the national total, the ministry said.

Brazil has had the world's third-worst outbreak outside the United States and India and its second-deadliest. More people have died from COVID-19 in Brazil than in any country bar the United States.

But as vaccinations advance in the country, the rolling 14-day average of COVID deaths has fallen to 519 a day, compared with almost 3,000 at the peak of the pandemic in April.