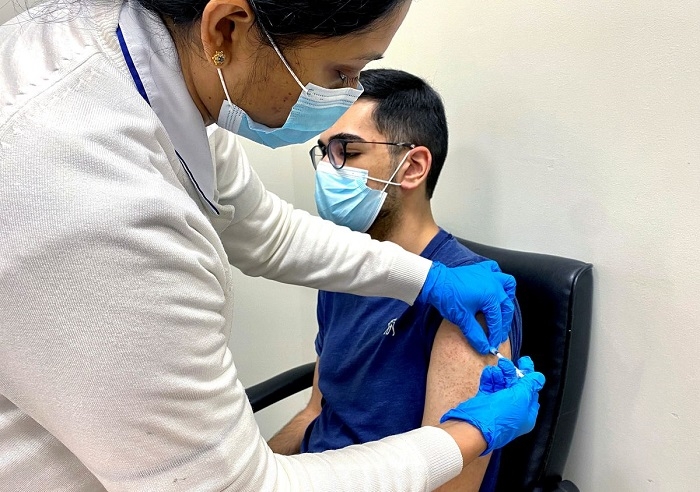 The United Arab Emirates said residents who had been fully vaccinated with a shot approved by the WHO could return as of Sept. 12 from a list of previously suspended countries.

Indonesia has ended a deal with Norway on cooperation to reduce carbon emissions from deforestation, due to lack of payment, the foreign ministry said in a statement.

* President Joe Biden will commemorate the 20th anniversary of the Sept. 11 attacks on the United States on Saturday by visiting each of the sites where hijacked planes crashed in 2001, seeking to honor the victims of the devastating assault.

* Canada's Prime Minister Justin Trudeau on Friday defended his decision to call the election early and said his main rival would undermine the fight against COVID-19.

* China has administered a total of 2.14 doses of COVID-19 vaccines as of Sept. 10, data from the National Health Commission showed on Saturday.

* Australia's third most populous state said on Saturday it may order a snap lockdown after a cluster of COVID-19 cases, as the country posted a record one-day rise in daily infections.

* Three US studies suggest COVID-19 vaccines offer strong protection against hospitalization and death, even in the face of the highly transmissible Delta variant, but vaccine protection appears to be waning among older populations, especially among those 75 and older.

* Brazil registered 672 COVID-19 deaths on Friday and 15,930 additional coronavirus cases, according to data released by the nation's Health Ministry.

* Germany removed the Greek regions of Crete and the southern Aegean as well as the French regions of Corsica and Occitania from its list of regions where there is a high risk of contracting COVID-19, the public health agency said.

* Italy's medicines agency AIFA warned against the misuse of an unlicensed antiviral drug as a COVID-19 therapy, calling it a potential danger to people's health.

* New Zealand said on Saturday it detected 23 new COVID-19 cases in the past 24 hours, denting optimism that the country was on course to eradicate the virus once more.

* Israeli fighter jets struck Hamas sites in Gaza in response to rocket firing towards Israel on Friday evening, an Israeli army spokesman said in a twitter post early on Saturday.