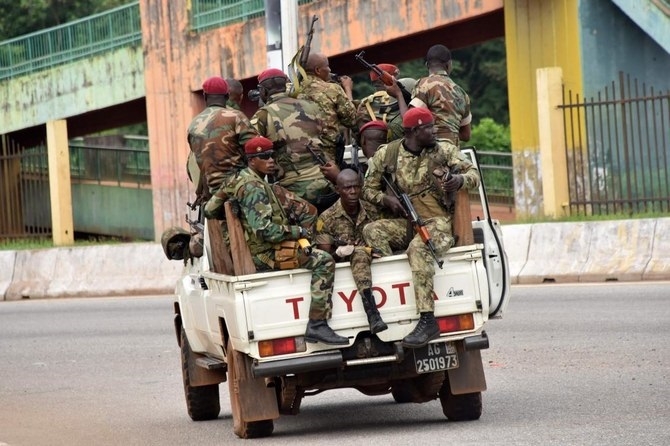 Members of the Armed Forces of Guinea drive through the central neighborhood of Kaloum in Conakry on Sunday after sustained gunfire was heard. (Photo: AFP)

Guinea's defence ministry said on Sunday that an attack by mutinous special forces on the presidential palace had been repelled, though it was not immediately clear who held power.