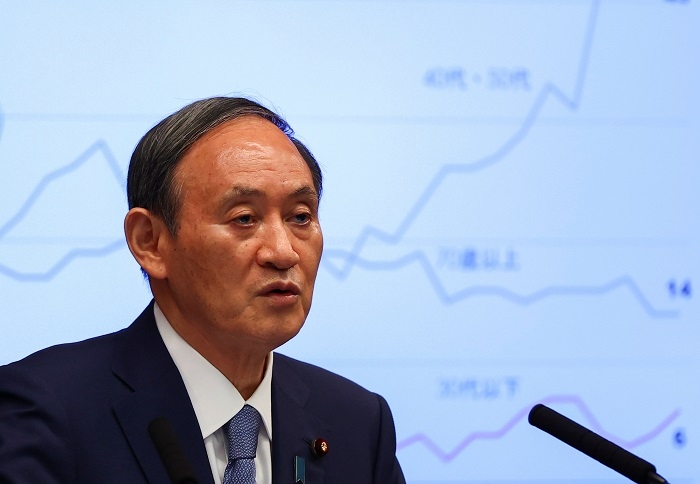 Japanese Prime Minister Suga Yoshihide said on Friday he had decided not to run in the ruling Liberal Democratic Party's leadership race and wanted to focus instead on fighting the COVID-10 pandemic.

"I want to focus on coronavirus response, so I told the LDP executive meeting that I've decided not to run in the party leadership race," Suga told reporters.

"There's immense energy needed to tackle both coronavirus response and preparation for the leadership race," he added. "I judged that I cannot juggle both and I should concentrate on either of them."

Suga's decision on Friday to not run in a ruling Liberal Democratic Party (LDP) election in September means the party will choose a new leader, who will become prime minister.

Ruling Liberal Democratic Party (LDP) officials said Suga would finish his term as its president, meaning he would stay on until his successor is chosen in party-wide election slated for Sept. 29.

The winner of the contest is all but assured of being premier because of the LDP's majority in the lower house. The government has been considering holding the general election on Oct. 17.