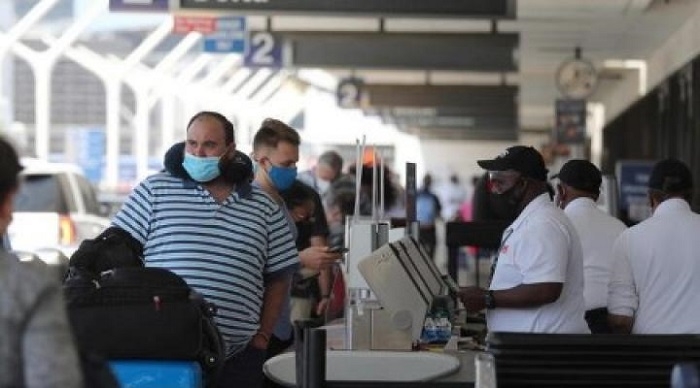 The US Federal Aviation Administration on Thursday proposed US$531,545 in civil penalties against 34 airline passengers over unruly behavior - with some facing US$9,000 fines for defying mask requirements - pushing its total for the year past US$1 million.

The United States has seen a significant jump in reported cases of passengers causing disturbances on airplanes, including ignoring a federal mandate to wear face masks during the COVID-19 pandemic.

Numerous videos of confrontations have drawn attention on social media.

The FAA, which regulates US civil aviation, since Jan. 1 has received 3,889 reports of unruly passengers, including 2,867 reports of people refusing to comply with the mask mandate. In total, the agency has proposed more than US$1 million in fines this year for unruly passengers.

The agency has initiated three times as many such enforcement cases in the first seven months of 2021 compared to all of 2020. The FAA said some passengers were hit with US$9,000 fines for not wearing masks, while other maskless people faced higher penalties for engaging in additional onboard bad behavior.

The Transportation Security Administration on Tuesday said it would extend existing mask requirements for airports, airplanes, trains and transit hubs through Jan. 18.

American Airlines confirmed on Thursday it would extend a ban on main cabin alcohol sales through Jan. 18.

Airlines for America, a trade group representing major US carriers, said it appreciates "the FAA's continued support and enforcement of the 'zero tolerance' policy for travelers who do not follow crewmember instructions and who do not abide by federal law."