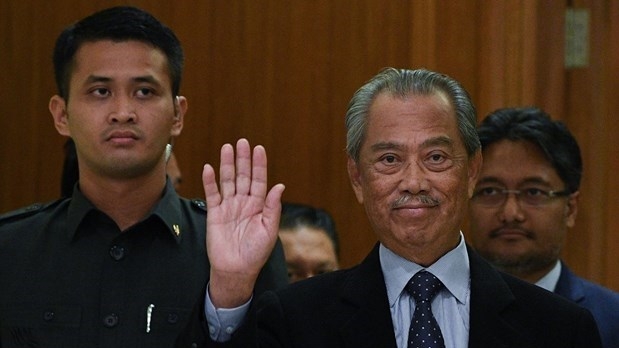 NDO/VNA – Malaysian Prime Minister Muhyiddin Yassin has handed his resignation to King Al-Sultan Abdullah but will stay on as interim premier, the Royal Palace said on August 16.

“The King has received the resignation letter of Muhyiddin Yassin and the entire cabinet effective immediately,” it said in a statement on Facebook.

Following the resignation, the King is pleased for Muhyiddin to fill the role as caretaker prime minister until a new prime minister is appointed, it noted.

The King also said it was not suitable to hold elections during the COVID-19 pandemic. Malaysia’s infections and deaths per million rank as the highest in Southeast Asia.

Later, in a nationally televised speech, Muhyiddin said he submitted his resignation to the King because he had lost the confidence of a majority of lawmakers, adding that he hoped a new government would be formed as soon as possible.

The resignation could end months of political turmoil facing the Southeast Asian nation as the country is battling the COVID-19 resurgence and revive the pandemic-stricken economy.