Brentford vs Arsenal match will begin on Friday, August 13, 2021, at the Brentford Community Stadium. Here is the prediction, preview, team news, betting tips and odds of the match. 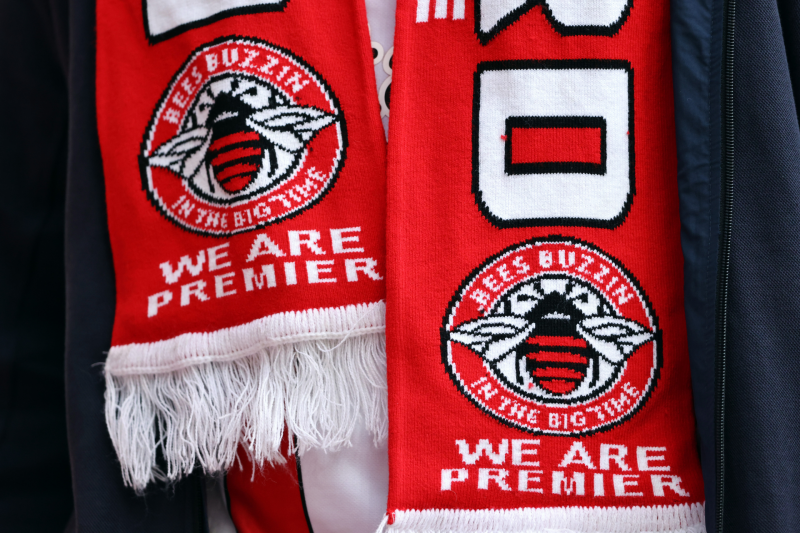 The new Premier League season kicks off at newly promoted Brentford as Arsenal look to spoil the party in west London.

The Bees will be desperate to hit the ground running in their first ever Premier League game and first in the top flight in 74 years. Ivan Toney and Bryan Mbeumo will be key to their success.

Arsenal have got their summer business done early to plug gaps in the squad, and should hand out at least two debuts on Friday night, but Mikel Arteta will need a quick start to stop further questions over his future.

Brentford vs Arsenal is scheduled for an 8pm BST kick-off on Friday, August 13, 2021 at the Brentford Community Stadium.

Where to watch Brentford vs Arsenal

TV channel: The match will be televised on Sky Sports Premier League and Main Event.

Live stream: Sky Sports subscribers will be able to watch the match online via the website or Sky Go app. 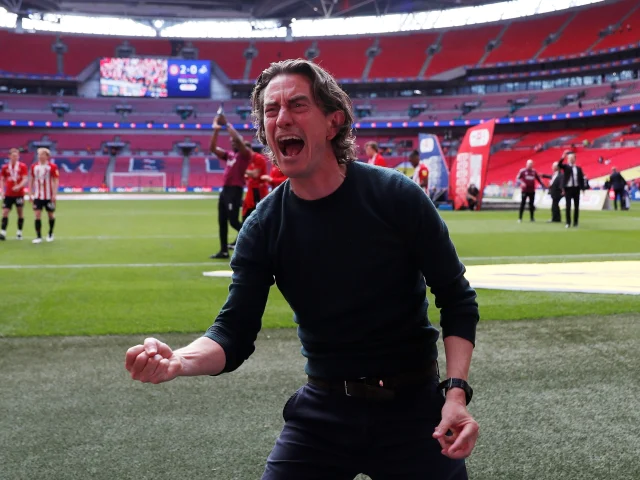 Despite understandable interest from other top-flight outfits, star striker Toney - who fired Brentford to promotion with 33 league goals last term - remains at the club, and Frank is optimistic that he will be fit to start this game.

Goalkeeper David Raya - previously linked with Arsenal - will be barking orders from the penalty box, and the three-man defence in front of him could comprise Pontus Jansson, Ethan Pinnock and new signing Kristoffer Ajer.

Former Arsenal youngster Josh Dasilva will not get the chance to face his old club due to a hip problem, but the hosts are otherwise well-stocked for this momentous occasion.

Meanwhile, Arteta has been dealt another blow with injury-hit midfielder Thomas Partey, who is set to miss the rest of the month with an ankle injury sustained in pre-season action against Chelsea.

Centre-back Gabriel Magalhaes remains out with the knee problem that forced him to withdraw from the Olympics, while Rob Holding is short of fitness, so Pablo Mari and new arrival Ben White should line up in the back four.

Eddie Nketiah is also sidelined with an ankle issue but was never going to challenge for a start up top, while Albert Sambi Lokonga will hope to edge out Mohamed Elneny for a start in midfield. 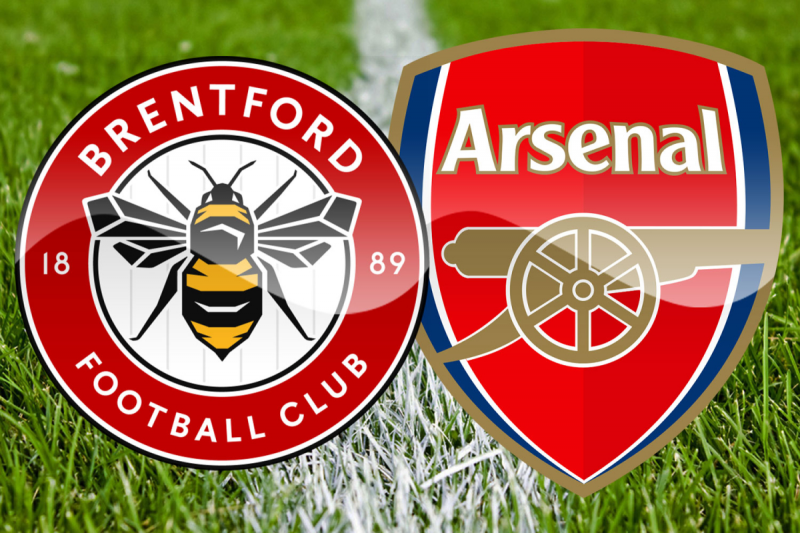 Some supporters may be apprehensive about travelling to watch their beloved Brentford on Friday the 13th - not the best omen for either side - but fans will undoubtedly return to the stadium en masse as the new season begins with open doors to the public.

The Wembley turnstiles did open for a limited number of Brentford and Swansea City supporters during their playoff final on May 29, where the Bees' agonising 74-year wait for top-flight football came to an end thanks to goals from Ivan Toney and Emiliano Marcondes.

Understandably overcome by emotion come the final whistle, manager Frank had achieved exactly what he had set out to do when taking the reins back in 2018, and his side have gone toe-to-toe with some of the big boys in pre-season.

A 1-0 defeat to West Ham United was a minor blot on the notebook, but the Bees claimed victories over fellow top-flight outfits Watford and Valencia - as well as claiming a highly impressive 2-2 draw with Manchester United - while Cambridge United, Southend United, Wimbledon and Boreham Wood were all no match for Frank's men.

Brentford amassed a nine-game unbeaten home run during the business end of the Championship season and hold the honour of being the 50th different team to play in the Premier League, but none of the nine London teams before them managed to win their first ever game in the competition.

The 2021-22 season will also be one like none other for several Arsenal supporters, who witnessed their team fall short in their bid to qualify for European competition last season for the first time in 25 years.

Neck-and-neck with arch-rivals Tottenham Hotspur on the final day for a place in the inaugural Europa Conference League, Arsenal seemed set to pip the Lilywhites to seventh place having got the job done against Brighton & Hove Albion, but Spurs produced a stunning turnaround against Leicester City to finish above the Gunners again.

The jubilation of leading Arsenal to their 14th FA Cup triumph after six months in charge has quickly dissipated for Mikel Arteta, whose Emirates future could very well be determined by how well his side perform for the rest of the calendar year, but they at least managed to win their final five Premier League games last season.

However, Hibernian, Chelsea and Spurs have all condemned Arsenal to defeat during a demoralising pre-season period for the Gunners, who can take solace in the fact that they are unbeaten in seven games away from home during the opening weekend.

Not since May 1947 have the Gunners paid a visit to Brentford in league action - a game which ended 1-0 in Arsenal's favour - and while their respective trophy hauls differ somewhat over the past 74 years, Brentford are certainly not here to make up the numbers. 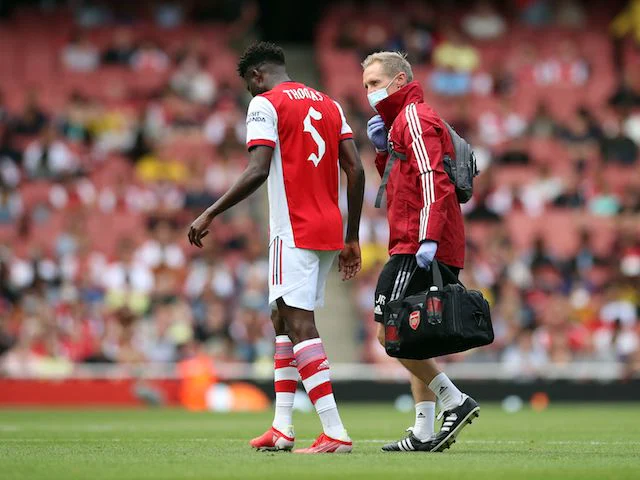 Brentford’s first-ever Premier League fixture has the makings of a memorable night, in part because Frank’s side will not fear an Arsenal team who remain in transition under Arteta.

The Gunners finished last season in eighth place and missed out on European football. They lacked potency in front of goal, although the ever-improving Emile Smith-Rowe and Bukayo Saka will help the strikers get the chances they need to score this season.

Brentford will play with no fear, something that Frank has instilled in the side, and Ivan Toney will be relishing the challenge of the Premier League after scoring 31 goals in the Championship season and two in the play-offs.

It’s expected to be an end-to-end affair to kick off the new campaign and we’re backing both teams to score on Friday evening.

Brentford will need to be at their best defensively to stop Arsenal from getting on the front foot on Friday.

The Bees have signed former centre-back Kristoffer Ajer from Celtic to partner Pontus Jansson, and another player who will be key to the defensive effort is German midfielder Vitaly Janelt.

Including the play-offs, he picked up nine yellow cards in the Championship last season, and against the pace of Saka and Pierre-Emerick Aubameyang he may be caught out at times on Friday.

Janelt is not shy of making a tactical foul and we’re tipping him to get booked in this opening fixture of the season.

Tip: Vitaly Janelt to be booked @ SP with Sky Bet

Aubameyang to return to form

If Arsenal are going to be successful this season then they will need centre-forward Aubameyang to have a much more prolific campaign than last season.

He struggled to find his normal form in the league, netting just 10 top-flight goals, but there’s no doubt that as Saka and Smith-Rowe improve so will the service to the Gabon striker.

Brentford will always leave chances for the opposition because they play their free-flowing attacking football and we’re backing Aubameyang to start the season by getting back among the goals.

Tip: Pierre-Emerick Aubameyang to score at any time @ 13/8 with Sky Bet