Home / World
The Interesting History Of Crossaint and How It Became A French Staple
sonnguyen 9-08-2021, 03:39

Croissant has long been a favorite dish of French and people from all over the world, and serves as a perfect breakfast with a cup of tea. Let's learn about its interesting journey to become a France staple.

There’s something mysterious– even alchemical— about the qualities that have to come together to yield the ideal croissant. It needs to be buttery and tender, but not mushy or overly moist. It requires a delicate flakiness-to-slight-chewiness ratio, and the layers of all-butter puff pastry should be well differentiated, without falling apart into a crumby mess when you bite into them. The bake should be golden, but not overly crispy. In short, it’s an art– one that the French in particular are very proud of. 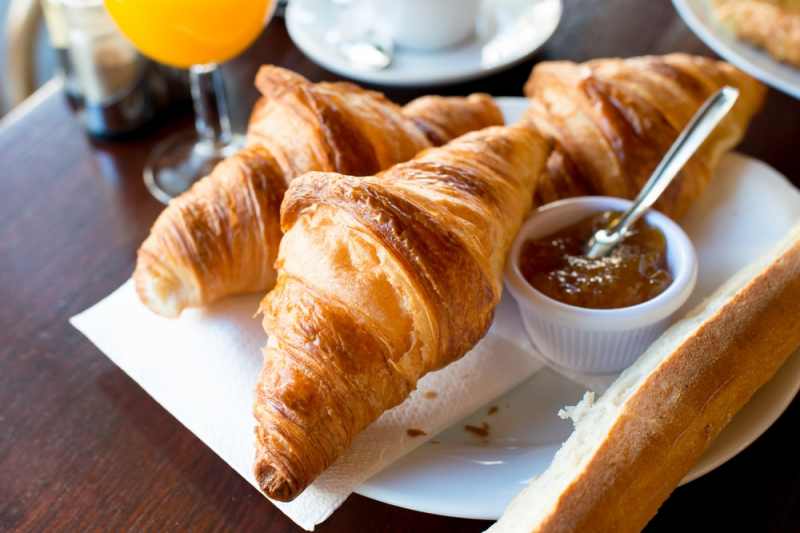 But how did this love affair start? Keep reading for the brief, but fascinating, history of the croissant– and to learn how France came to embrace the crescent-shaped pastry as a de facto national emblem, then became the global standard-bearer for how it should be made.

Oddly enough, and as you’ll learn shortly, the original pastry that inspired today’s typical butter croissants (croissants au beurre) bear only a moderate resemblance to the ones we gobble down today…

The Curious History of the Croissant 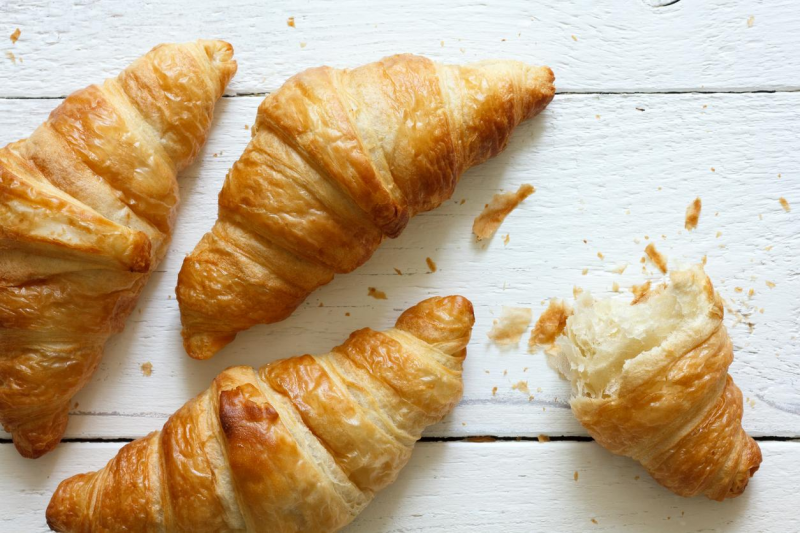 Experts do agree that the croissant was inspired by the Austrian kipfel, a crescent-shaped baked good featuring a generous amount of butter or lard and sometimes sugar and almonds. According to popular lore, the kipfel originated in 1683 as a comestible celebration of Austrian victory over the Ottomans at the siege of Vienna. The story follows that a baker, up early to make bread, saved the city when he heard the Turks tunneling underneath the city and sounded an alarm. The kipfel’s curved shape, said to mimic the crescent moon of the Ottoman flag, then would seem to pay poetic tribute to the indomitable spirit of a city that resisted a powerful invading force. (Conveniently, another legend holds that the cappuccino was invented almost simultaneously, inspired by the strong Turkish coffee gained in the spoils of war.)

But the kipfel existed long before the Ottoman siege of Vienna. A poem mentions it as one of the Christmas treats that Viennese bakers presented to Duke Leopold in 1227. Moon-shaped breads in general date back centuries earlier. 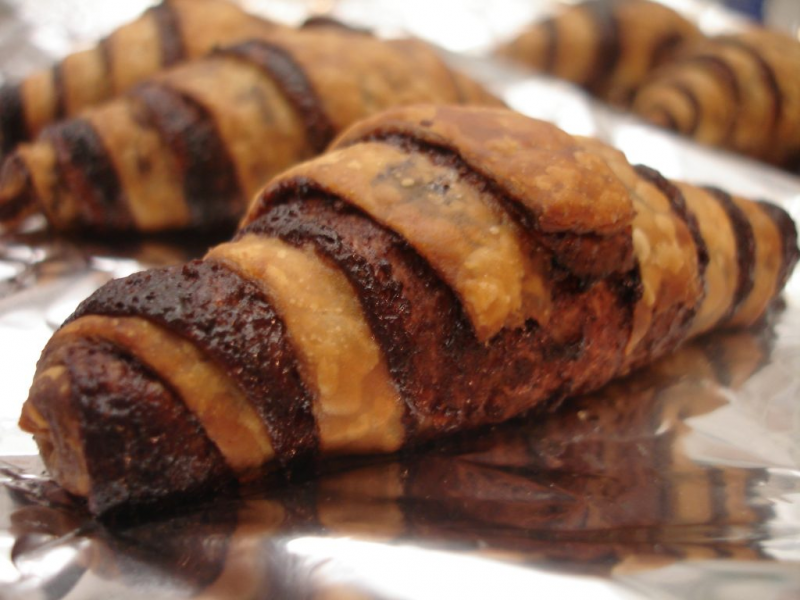 Does the croissant’s Austrian ancestry belie its French fame? Of course not, says Jim Chevallier, an independent scholar and author of a book on croissant history.

“The croissant began as the Austrian kipfel but became French the moment people began to make it with puffed pastry, which is a French innovation,” says Chevallier. “It has fully taken root in its adopted land.” Order a kipfel in Austria or Germany today and you’ll likely be handed a crescent-shaped cookie.

Legend credits the French queen Marie Antoinette—homesick for a taste of her native Vienna—with introducing the kipfel, and thus the croissant, to France. But Chevallier sees no evidence to support this notion.

“I find this surprising,” he says, “since she received as much attention in her time as the Kardashians and Taylor Swift do today.” No references to the croissant appeared in France before approximately 1850. The historical evidence pointed instead to an Austrian entrepreneur named August Zang, who opened the first Viennese bakery in Paris in 1838, located at 92 Rue Richelieu on the Right Bank. Zang’s knack for marketing through newspaper advertising and elaborate window displays had Parisians flocking to his establishment to sample his Vienna bread, kaiser rolls, and kipfel. His patented steam oven used moist hay to give the pastries a lustrous sheen, notes Chevallier. 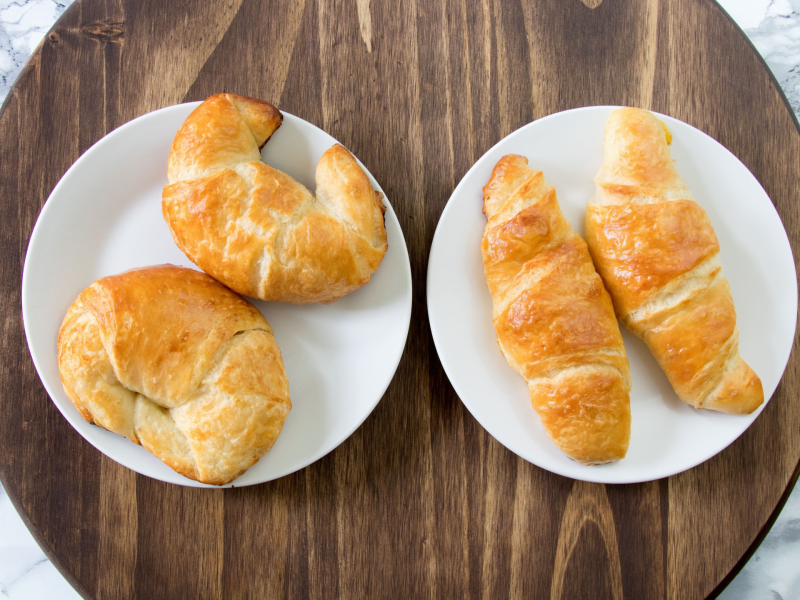 Zang sold his bakery a few years later, moved back to Austria, and founded the country’s first daily newspaper, amassing a fortune in the banking and mining industries. His ornate tomb in Vienna’s central cemetery makes no mention of his brief but significant foray into the baking business. But Parisians had not forgotten Zang’s scrumptious pastry—and a host of imitators sprang up. According to 19th-century French journalist Herve de Kerohant, there were already at least a dozen “makers of Viennese bread, employing one hundred workers,” in Paris by 1840. A star was born.

Within a few decades, the newcomer was firmly entrenched as a staple of French breakfast foods. On a visit to Paris in 1872–73, Charles Dickens praised “the dainty croissant on the boudoir table” and bemoaned the comparatively “dismal monotony” of English bread and other breakfast foods.

How It Became France’s Favorite Pastry 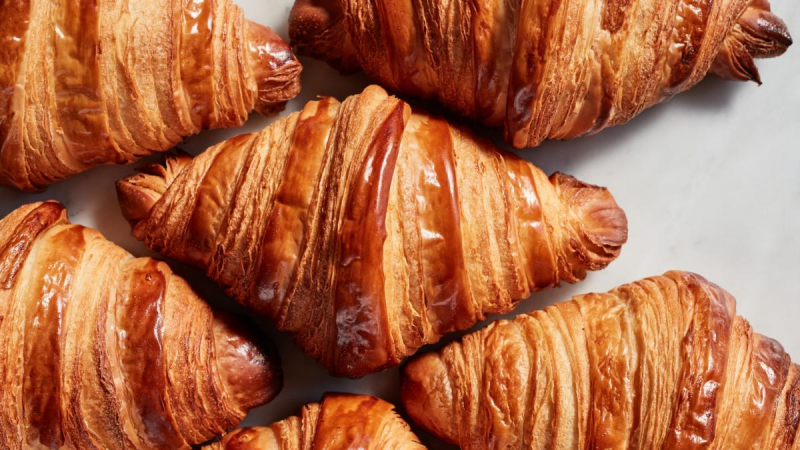 The story of how Austrian kipferl or Hörnchen arrived in France is, as you might guess, another disputed one. For years, it was casually asserted that Queen Marie Antoinette, a a native of Austria and daughter of the powerful Empress Maria Theresa, introduced it to the court at Versailles in 1770 after her marriage to King Louis XVI.

But historians generally say this account is incorrect, and that the baked good only became popular in France during the 19th century. They attribute the arrival of the kipferl to a bakery opened in Paris in 1837-1839 by Austrian-born bakers August Zang and Ernest Schwartzer.

Called La Boulangerie Viennoise (or simply “Zang’s”), it offered a variety of Austrian-style baked goods, including kipferl. Zang had a patented steam oven that yielded a characteristic sheen of the finished creations– a quality that’s still considered ideal to this day on a good croissant.

While the bakery at 92, Rue de Richelieu only operated for two years, the French craze for viennoiseries (literally, Vienna-style baked goods) was born. The term, of course, has stuck: any sort of pastry that has a bread-like base, from pain au chocolat to pain aux raisins and croissants, are (strictly speaking) not patisseries, but viennoiseries. 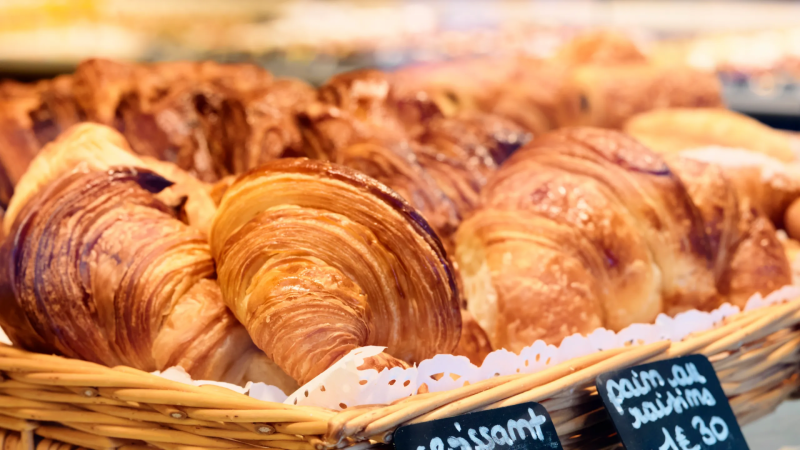 The word croissant began appearing in dictionaries and other texts from the mid-19th century in reference to butter and flour-based, crescent-shaped breads. And from 1840 or so, bakers in Paris– then around France– whipped up their own versions. By the 1870s, the term had crossed the channel, referenced by Charles Dickens and others in relation to French culinary delights.

However, it wasn’t until the early 20th century, as Chevallier notes in his book on the history of Zang’s contributions to French viennoiserie, that the butter croissant as we know it was born. Evidence strongly suggests that it was only in the first decade of the 20th century that bakers started using puff pastry (pate feuilletee) to assemble their croissants.

In an innovative move, they added yeast to the puff pastry (something that hadn’t been done for its use in vol-au-vents, pastry shells, etc). This changed the texture and mouthfeel of the croissant significantly, yielding an airier, puffier, crispier specimen than the one introduced by Zang in the 1830s–this time with flaky, buttery, well-differentiated layers.

In this sense, purists of the French croissant au beurre could get away with arguing that it’s really a Gallic invention– one that draws heavily on its Austrian predecessor. “Today’s viennoiserie is far more French than Viennese”, Chevallier concludes in his book.

Of course, the origins of puff pastry itself are disputed, too– but I’ll leave that story for another day.

By the beginning of the 20th century, the butter croissant made with puff pastry had all but completely eclipsed its Austrian predecessor, with scores of boulangeries around France expanding their repertoires beyond bread to include viennoiseries. Now, you’d be hard-pressed to find a French bakery that doesn’t also specialize in the latter. 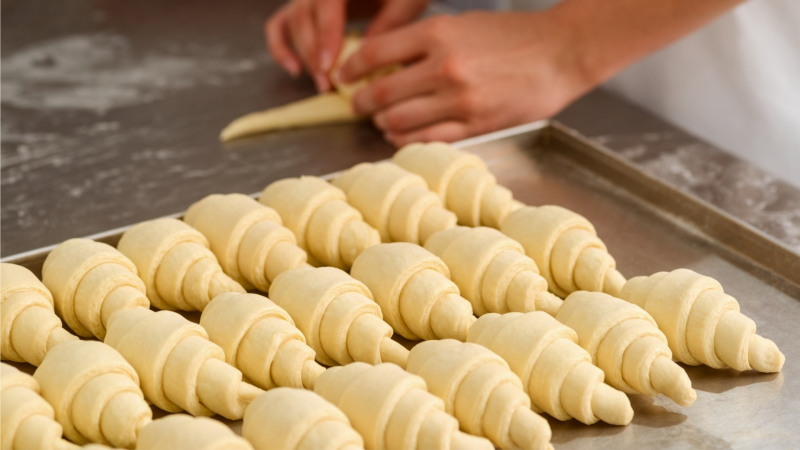 If during the nineteenth century, the croissant was essentially a luxury good reserved for the bourgeois and aristocratic classes, by the First World War it became more accessible and widely available.

Interestingly, though, consumption habits fell along subtle class lines. Two different versions of the puff-pastry croissant emerged: one, more expensive and made with pure butter (croissant au beurre), and another, often made with margarine or other cheaper fats, called the croissant ordinaire (ordinary croissant). Some bakers call the latter a croissant nature (plain croissant).

To this day, you can still find both versions in most boulangeries. Curiously, only the croissant ordinaire is typically presented in a crescent shape; the croissant au beurre is baked into a semitriangular loaf, with straighter edges. This is a distinction that many visitors find confusing when trying to navigate a boulangerie order, for obvious reasons.

By the mid-20th century, croissants became familiar fixtures in everyday French life, and increasingly used as a national emblem for France itself– alongside the baguette, beret, cigarette, and existential philosophy, to name only a few.

In the wake of rapidly advancing industrialization and the advent of the consumer-goods revolution, croissants began to appear as mass-market products produced by big corporations for distribution in supermarkets, fast-food restaurants, airports, etc.

And with the advent of chain bakeries in France, pre-molded, frozen croissants shipped from factories and delivered to lower-quality boulangeries became the norm in many places.

While this may come as a surprise, many French people purchase croissants not from the family-owned, corner bakery, but from the supermarket, neatly packed into plastic bags and filled with preservatives.

Just as many Americans’ first encounter with croissants were courtesy of the Pillsbury Dough Boy— and cardboard tubes filled with refrigerated dough for home baking– French people aren’t necessarily the croissant purists many believe them to be.

The industrialization of the croissant isn’t something that particularly cheers those who hold the baked good to high standards– but it’s nevertheless an important moment in its history. From Vienna and Eastern Europe, to Paris, and then the world, the humble little bread-slash-pastry has come a long way, to say the least.