It was said that the Chinese won't talk, so an answer is far off. Getty image

Months ahead of the COVID-19 outbreak, the Wuhan National Biosafety Lab requested bids for major renovations to air safety and waste treatment systems in research facilities that had been operational for less than 2 years, according to a new congressional report on the pandemic’s origins, obtained by Fox News.

The true reason for the procurement posting is unclear, as is when or if the work was even initiated. It adds another circumstantial element to the controversial argument that the pandemic began in a Wuhan lab, including suspicious behavior and obfuscation from China’s government and signs the pandemic began months before previously assumed.

Only weeks ahead of President Biden’s deadline for the intelligence community’s review into the origins of the pandemic, Republicans will release their most detailed case yet arguing that researchers in Wuhan could have genetically manipulated the virus and that "the preponderance of evidence suggests SARS-CoV-2 was accidentally released from a Wuhan Institute of Virology laboratory."

A House Republican lawmaker’s investigation into the origins of COVID-19 is raising concerns that the pandemic outbreak stemmed from a genetically modified virus which leaked from the Wuhan Institute of Virology, the Chinese city where the disease was first detected in December 2019.

Rep. Michael McCaul (R-Texas), the ranking member of the House Foreign Affairs Committee, released on Monday a third installment in his investigation into the origins of the virus and the missteps by the Chinese government in Beijing in alerting the world to the risks of the pandemic.

The GOP investigation parallels efforts by the Biden administration and the international community to determine the origins of the pandemic outbreak, which has killed more than 4.2 million people across the world, infected nearly 200 million and upended global stability. 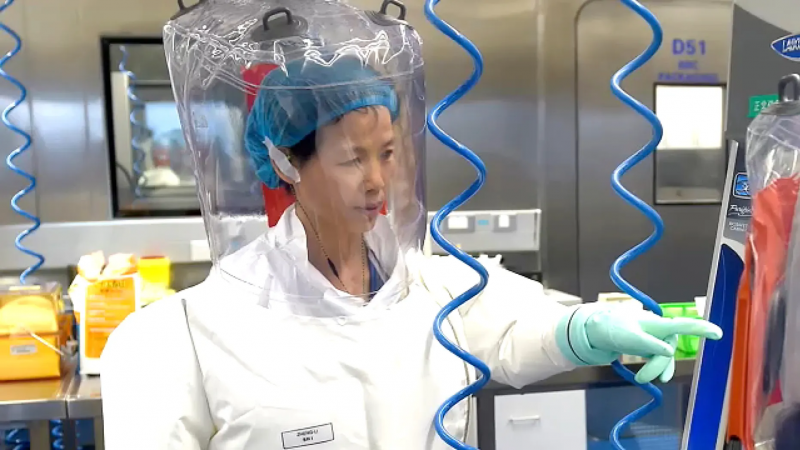 Dr. Shi Zhengli, known as the Wuhan Institute 'Bat Lady' reportedly worked with military officials at the lab, despite denying it. (APTN)

Over the past several months, more public health experts, scientists and government officials have called for an investigation into a possible lab leak, along with examinations into whether the virus began naturally. They’ve called for a thorough, independent investigation, in China, into the origins of the pandemic, though the Chinese Communist Party has denied access.

Without cooperation from China’s government, there is significant skepticism any of the handful of U.S. government investigations will provide a concrete narrative into how the pandemic originated. Beyond the Biden administration’s ongoing review, the State Department, under the previous administration, published a declassified report days before leaving office. At the time, it offered the most detailed case yet that the coronavirus had leaked from a lab.

Satellite imagery of Wuhan in September and October 2019 showed a significant increase in hospital visits and internet searches for COVID-19 symptoms. The report also claims that mapping data suggesting researchers at the lab likely used the Wuhan shuttle bus and city metro for their daily work commute, spreading the virus throughout the city.

The committee also used an interview in Bloomberg with Dr. Danielle Anderson, an Australian virologist, to establish some of the lab’s commuting patterns. Anderson is the only foreign scientist to have undertaken research at the Wuhan Institute of Virology’s BSL-4 lab, according to Bloomberg. She also told the publication that entering and exiting the facility was carefully choreographed, and included requirements to take precisely timed chemical and personal showers.

In that June interview, Dr. Anderson maintained she knew of no one at the Wuhan institute who was ill towards the end of 2019 and said she believes the virus most likely came from a natural source.

Around that time, the Republican researchers said there’s evidence the virus was spreading throughout central Wuhan, just ahead of the World Military Games which, "became an international vector, spreading the virus to multiple continents around the world.", cited from the Foxnews.