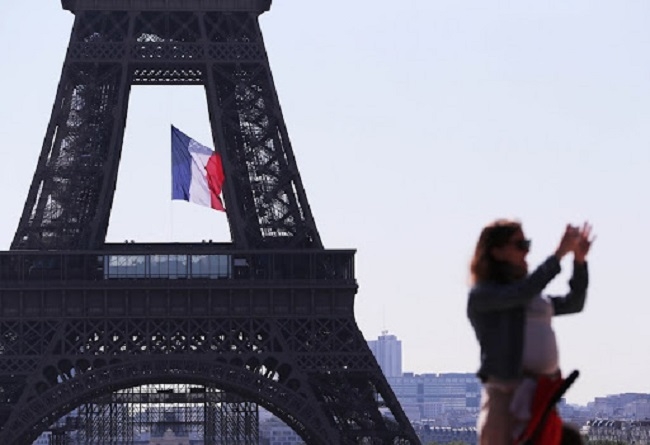 France has been the most visited country in the world before the pandemic struck, with nearly 90 million foreign tourists each year.

France hopes to see 50 million foreign holidaymakers in 2021, a 43-percent increase from last year, thanks to a rebound in the European markets, French Minister of State for Tourism Jean-Baptiste Lemoyne said on Sunday.

"This year, we hope to welcome 50 million foreign tourists, against 35 million last year and 90 million in 2019. The summer is therefore a bearer of hope," Lemoyne told Le Journal de Dimanche newspaper.

Tourist flows from European countries, notably Germany, the Netherlands and Belgium, are back, except Britain which imposes 14 days of isolation on people returning from France, he added.

He also noted a tepid recovery of the American market while Asian tourists won't be back until next year.

Calling the coronavirus "the permanent unexpected," the minister pledged "territorialized response" to an eventual epidemic wave, stressing that the health pass, a certificate which proves that the holder is vaccinated or tests negative for COVID-19, is a key tool to fight the coronavirus while avoiding braking measures.

France has been the most visited country in the world before the pandemic struck, with nearly 90 million foreign tourists each year. Last year it lost about two-thirds of tourist arrivals and what the tourism sector generated went down by 41 percent from 2019 to EUR89 billion (US$106 billion).

The tourism industry accounts for around eight percent of the country's gross domestic product and creates about 2 million direct and indirect jobs.