Apple has spent most of the last two years relentlessly upgrading its product lineup, and its moves are definitely paying off. 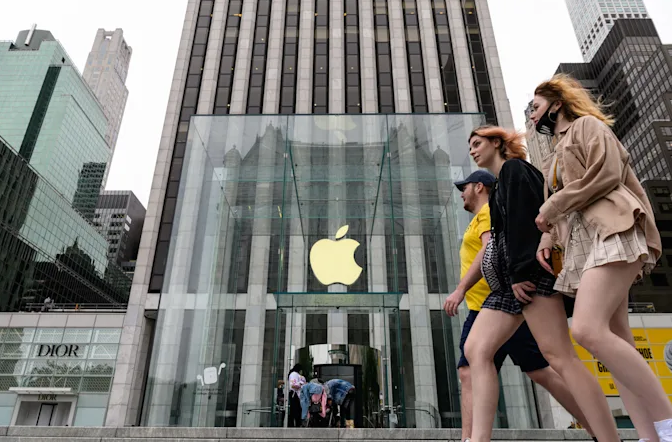 All of Apple's product categories grew last quarter, but the biggest winner was the iPhone (Photo: Getty Images)

According to Engadget, Apple just announced financial results for its fiscal year third quarter (for normal humans, the months of April through June), and the company made a shocking amount of money. All of its product segments (the iPhone, Mac, iPad, services, and wearables/ home/ accessories) increased in revenue year-over-year, leading to total revenue of $81.4 billion. As has often been the case, iPhone revenue of $39.6 billion made up almost half of that figure.

Quarterly revenue was up 36 percent year-over-year, and as such profit grew in a big way, too — in fact, it nearly doubled. Apple reported $21.7 billion in net income, up 93 percent compared to a year ago.

All ofApple's product categories grew last quarter, but the biggest winner was the iPhone. Revenue grew 50 percent year-over-year, making it pretty clear the iPhone 12 lineup is a major success for the company. Apple's services division continues to explode; $17.5 billion in revenue represented 33 percent growth, and the category makes more than double the money of any other division in Apple, with the obvious exception of the iPhone. 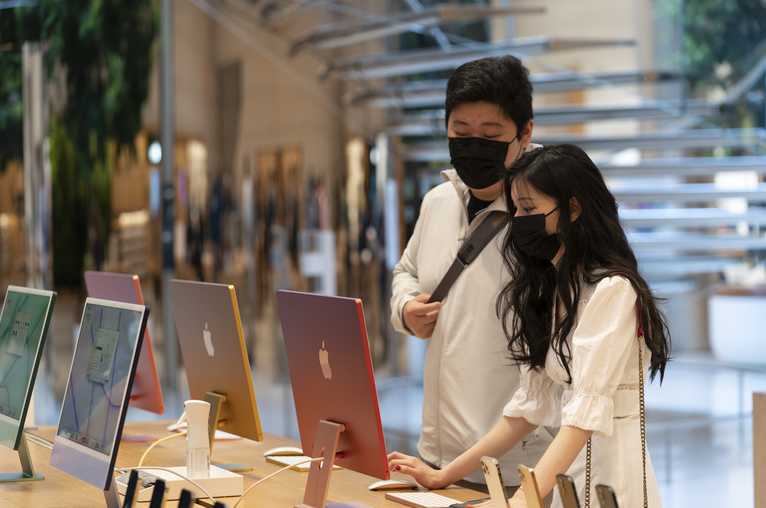 Customers view the new 24-inch iMac desktop computers in an Apple store in New York in May. (Photo: AP)

The company's "wearables, home and accessories" group lumps the Apple Watch in with devices like the HomePod mini and the new AirTags. It grew 36 percent and made $8.8 billion in revenue. The Mac and iPad had more modest gains, with Mac revenue increasing 16 percent year over year to $8.2 billion and iPad revenue climbing 12 percent to $7.4 billion. While the Mac number isn't an eye-popper-like service, it's worth nothing that just a few years ago, Mac revenue was pretty flat, sitting in the $4 billion range for a while — but it seems like the M1 Mac move has helped spur some big increases.

In an earnings call, Luca Maestri, the company’s finance chief, attributed the widening margin to cost savings and a greater reliance on revenue from its internet-services business, which includes its take of other companies’ app sales and has an unusually high-profit margin.

Maestri said Apple effectively keeps 70 cents for every dollar it earns in its services business, before accounting for certain operating expenses, such as research and development, according to Seatle Times.

One of the few challenges for Apple is the global shortage in computer chips, which its devices rely upon. The shortage is affecting the production of a wide array of products, from cars to washing machines. Maestri said that while Apple had mostly avoided a major impact, the company expected a lack of chips to hurt its iPhone and iPad sales in the current quarter.

Partly as a result, he said, Apple expected its sales growth to be slower in the current quarter, though it would still be in the double digits. That forecast sent Apple shares down 1.5% in after-hours trading.