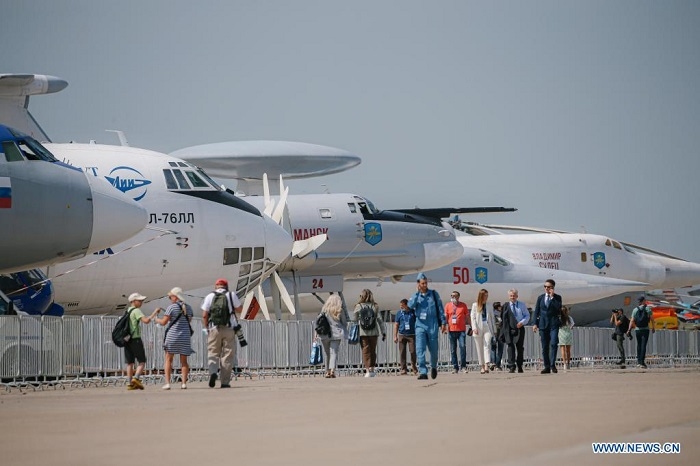 The Russian state-run arms exporter Rosoboronexport announced on Thursday it has signed contracts worth over EUR1billion (US$1.18 billion) during the ongoing MAKS aerospace show.

Rosoboronexport signed 13 deals on the sidelines of the MAKS-2021 for the supply of Russian military products, including Su-30SME aircraft, Mi-35M and Mi-17V5 helicopters, modern aerial weapons and armored vehicles, said the company's Director General Alexander Mikheev.

"Most of Rosoboronexport's contracts are settled in rubles or national currencies. The share of the US dollar in our contracts is steadily approaching zero," he added.

The biennial MAKS, which is being held in a suburb of Moscow from Tuesday to Sunday, has attracted about 290 foreign organizations from more than 50 countries this year.