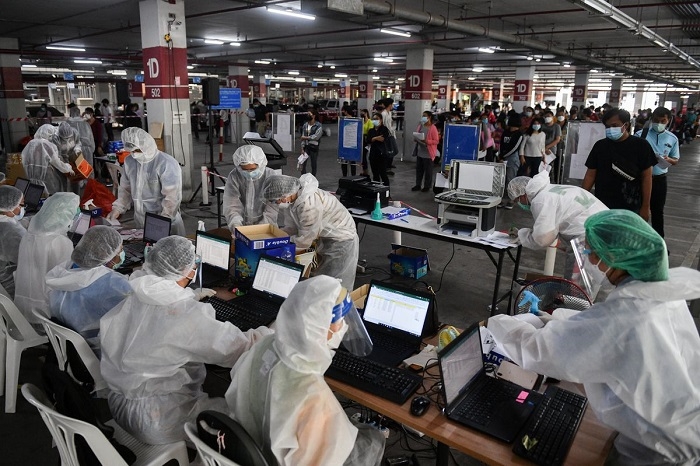 Thailand battling its longest-running and most severe outbreak so far.

Thailand reported on Monday 11,784 new COVID-19 cases, the fourth consecutive day of record infections, as the country struggles to tackle its worst outbreak to date.

The Thai government on Sunday announced plans for a tighter lockdown in Bangkok and high-risk provinces next week, suspending most domestic flights and expanding curfew areas after the country reported a third straight day of record COVID-19 case numbers.

Thai health authorities said they were stepping up efforts to secure more vaccines to fight the latest outbreak, with a deal for 20 million doses of Pfizer vaccines to be concluded on Monday and an order for 50 million more doses under consideration, said the director-general of the Department of Disease Control Opas Karnkawinpong.

Thailand's vaccine rollout, which has depended on the Sinovac and AstraZeneca vaccines, began in June. So far about 5% of the 66 million population have been doubly vaccinated.