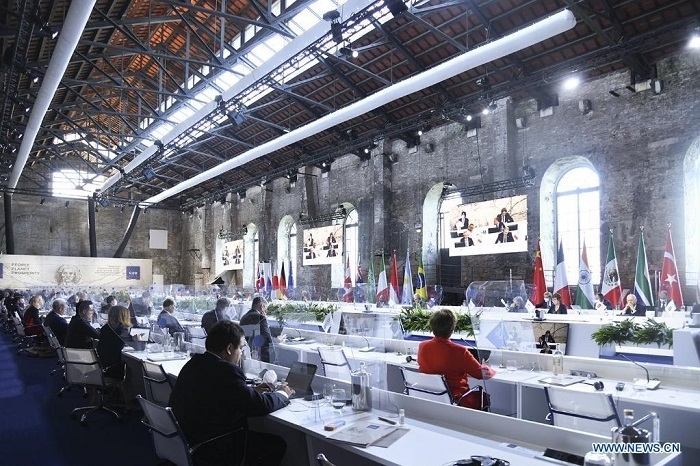 Finance ministers of the world's 20 largest economies (G20) on Saturday agreed to go ahead with the plan to design a global tax system that would impose a minimum levy on multinational companies.

After a two-day meeting in Venice, the G20 finance ministers and central bank governors reaffirmed the common will to reform the international business tax system.

If implemented, this would put an end to multinational corporations shifting profits to low-tax heavens around the world.

In the final communique, they wrote that they achieved "a historic agreement on a more stable and fairer international tax architecture" after several years of talks and building on the progress made last year.

"We have endorsed the key components of the two pillars: on the allocation of profits of multinational enterprises and on an effective global minimum corporate tax," Italian Economy and Finance Minister Daniele Franco said at the closing press conference.

The agreement would be relevant in order to "contribute to stabilizing the international tax system in the coming years," said Franco, whose country holds the G20 presidency this year.

However, "additional work is necessary between now and October to fully finalize it," he said.

The plan will have to be definitely approved by G20 heads of state and government gathering in Rome in October for the annual major summit.

On the economy, the G20 finance leaders said the outlook has improved in many countries since their last meeting in April, mainly thanks to ongoing vaccination campaigns and the roll-out of supportive policies.

They underlined that the recovery remains uneven, and "exposed to downside risks, in particular the spread of new variants of the COVID-19 virus and different paces of vaccination."

"We reaffirm our resolve to use all available policy tools for as long as required to address the adverse consequences of COVID-19, especially on the most impacted, such as women, youth and informal and low-skilled workers," the final statement read.

"We will continue to sustain the recovery, avoiding any premature withdrawal of support measures, while remaining consistent with central bank mandates ... and preserving financial stability and long-term fiscal sustainability."

Created in 1999, the G20 serves as a main and informal forum for international cooperation on financial and economic issues. It comprises 19 countries plus the European Union.

The group, home to almost two-thirds of the world's population, accounts for about 86 percent of the gross world product and 75 percent of global trade as of 2020.