Brazil and Argentina will face each other in the final of the 2021 Copa America tournament on Saturday night. With both sides steeped in history in this competition, Brazil will aim to win the trophy for the 10th time, while their opponents would add a 15th Copa America title to their trophy cabinet with a win.

Argentina and Brazil clash in the final of the 2021 Copa America tournament on Saturday night.

Lucas Paqueta’s last-four goal against Peru sent defending champions and hosts Brazil into a second successive South American showpiece, where they will meet their greatest rivals in a keenly anticipated contest in Rio de Janeiro.

The Lyon playmaker also netted the winner in the quarter-finals against Chile after Tite’s Selecao had topped Group B with three wins and a draw from their four opening matches.

Looking to stop Brazil from claiming a 10th continental title is an Argentina side that held their nerve in a semi-final penalty shootout against Colombia, with Aston Villa goalkeeper Emiliano Martinez saving three spot-kicks.

The 14-time champions eased past Ecuador in the last eight thanks to a goal and two assists from captain Lionel Messi and topped Group A ahead of Uruguay.

The world of football will hope that a somewhat disappointing and much-maligned tournament can be lit up by a memorable Superclasico de las Americas showdown that could represent the 34-year-old Messi’s final chance for Copa glory with Argentina. Argentina vs Brazil in the Copa America Final is scheduled for a 9pm BRT kick-off on Saturday, July 10, 2021.

The four-hour time difference makes that a 1am BST start in the early hours of Sunday morning for those wanting to watch in the UK.

The match will take place at the iconic Maracana Stadium in Rio de Janeiro, Brazil. 7,800 fans will be able to attend - 10 per cent of the ground’s overall capacity.

Brazil come into the final without forward Gabriel Jesus, who was handed a two-game suspension following a red card for a reckless high challenge in their quarter-final win over Chile.

They have a new crucial attacking component to thrive in Jesus's absence, as Lucas Paqueta has scored the winner in both of their knockout victories so far.

He will support talisman Neymar, who has scored two goals and registered three assists in five Copa America games this year.

At the other end of the pitch, Marquinhos and Thiago Silva should continue to partner up at the heart of the back four, having kept two consecutive clean sheets to guide the Selecao to the final.

Behind them, Ederson will continue to line up between the sticks, having been preferred over Liverpool stopper Alisson in the knockout stage.

Argentina talisman Lionel Messi will lead his nation into the final in a strong run of form, having recorded four goals and five assists in his six appearances at this year's tournament.

He will be joined in attack by Lautaro Martinez, who has found the net in each of their last three games.

He has kept new Barcelona striker Sergio Aguero out of the starting side, while Nicolas Gonzalez, Alejandro Gomez and Angel Di Maria will compete for the spot on the left-hand side of the front three.

The midfield trio of Rodrigo De Paul, Leandro Paredes and Giovani Lo Celso has been particularly impressive in this tournament, and they should all line up in the final to bring balance to the Argentinian side.

Aston Villa goalkeeper Emiliano Martinez has also put in some eye-catching performances in the Copa America, and he will continue to start between the sticks behind a back four that has been consistently altered throughout the competition. 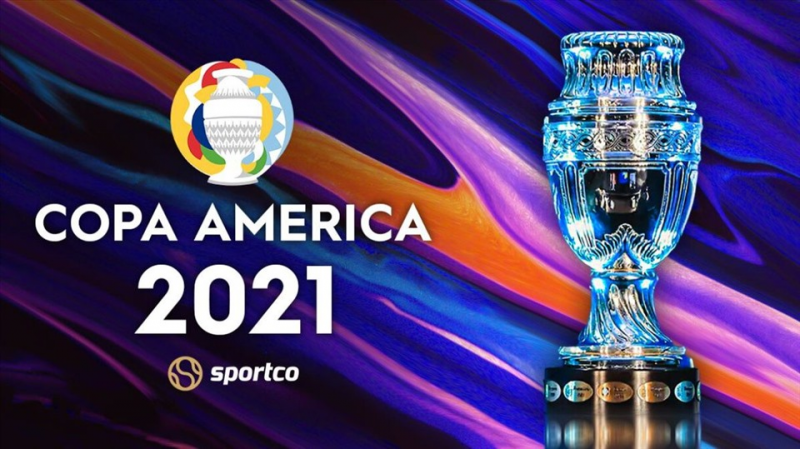 Brazil came into this year's edition of the Copa America with major expectations as the pre-tournament favourites, and they got off to a strong start in the group stage with three consecutive wins.

The Selecao started with a 3-0 victory over Venezuela and a 4-0 thrashing of Peru, before they had to show a different side to their game to defeat Colombia.

Their opponents took an early lead through Luis Diaz, and Tite's men had to dig deep in their pursuit of an equaliser, finally drawing level in the 78th minute through Roberto Firmino before Casemiro headed in a corner in the 10th minute of added time to claim their third straight win and make the gap at the top the group insurmountable for the chasing pack.

Lucas Paqueta put Brazil ahead in the first two minutes of the second half, but a red card to Manchester City forward Gabriel Jesus two minutes later meant they had to defend a narrow lead with 10 men for 40 minutes.

They would stand strong to keep a clean sheet and progress to the final four, and Peru awaited Tite's side.

Paqueta again made the difference in that game, scoring in the 35th minute to give Brazil their second consecutive 1-0 win and book their place in Sunday's final.

The Selecao now head into their 21st Copa America final with high expectations, having won nine of those, including the 2019 edition of the tournament.

That tournament again took place in Brazil, and the hosts defeated a resilient Peru side 3-1 in the final as Everton, Jesus and Richarlison got on the scoresheet.

Brazil will now hope for a repeat of that outcome on Sunday, as they aim to retain the title on home turf two years later.

They take on an Argentina side who will look to end a 28-year drought in this tournament with a win at the Olympic Stadium on Sunday.

La Albiceleste had somewhat of a contrasting group campaign to their final opponents, having drawn their opening game before growing into the tournament.

Scaloni's side were held to a 1-1 draw by Chile in their first outing, as Eduardo Vargas drew La Roja level on the hour mark after Lionel Messi netted a pinpoint free kick in the first half.

They quickly started a winning run after that, though, picking up crucial 1-0 victories over Paraguay and fellow group favourites Uruguay in the following matches.

Argentina then finished the group campaign with a 4-1 thrashing of strugglers Bolivia, as Messi hit a brace in between goals from Alejandro Gomez and Lautaro Martinez.

As ever, there are plenty of intriguing storylines to look forward to in the latest instalment of the rivalry between these two great footballing powerhouses - Neymar vs Messi, for one!

Argentina will be desperate to avenge their controversial semi-final defeat from 2019, while realistically you have to think that this year’s Copa and the 2022 World Cup in Qatar offer the final chances for Messi to win a major tournament in the light blue and white stripes.

It’s a difficult contest to predict that could truly go either way, but we’re backing Brazil to squeeze out a narrow triumph in a tense affair that, much like Sunday’s night’s Euro 2020 Final between England and Italy at Wembley, is likely to be decided by the odd goal.

But how so many would love to see Messi finally achieve success with the Albiceleste - who have not won a major tournament since the 1993 Copa in Ecuador - at the 10th attempt.

Brazil to Lift the Trophy

This is perhaps the most even South American match-up throughout the years. There has been a total of 112 games between these opponents, with Brazil winning 46, Argentina 40, and 26 ending up level. However, a lot of other stats point in Brazil’s favor. The hosts have won 2 of the 3 finals they’ve played against Argentina, and are also on a hot winning streak. The last 5 times that Brazil reached the final, it went on to win the competition. Argentina’s last triumph was back in 1993 versus Mexico.

We will start off by saying that Argentina hasn’t really been consistent with its scoring. The squad struggles to find the net more than once when playing versus more skillful opponents. Their Copa America games versus Paraguay, Uruguay, Colombia, and Chile saw them fail to score multiple times. This can be a problem especially versus the defensive mastermind that Brazil is. Just 2 conceded goals in the last 10 games, clearly show Brazil is doing it right.

The last few games between these two seem to remain rather uneventful and that’s what we are going off of. Only a single game in their recent 5 has had over 2.5 goals. Furthermore, all five of those games saw only one team scoring, which also backs the previous bet.

Sunday's final will be the 108th clash between these two nations, with Brazil boasting 43 wins and Argentina having won 39.

However, it is Argentina who boast more competitive victories over their rivals, having won 19 of the 49 games between the sides in competitions, including 15 Copa America victories compared to Brazil's 10.

The teams most recently met in the 2019 semi-final of this tournament, as Brazil knocked La Albiceleste out with a 2-0 win thanks to goals from Gabriel Jesus and Roberto Firmino on their way to lifting the trophy.

This will not be the first time the two nations have squared off in the final either, as Brazil defeated Argentina on the big stage in consecutive finals in 2004 and 2007, firstly winning on penalties after a 2-2 draw before thrashing their rivals 3-0 to retain the title 14 years ago.