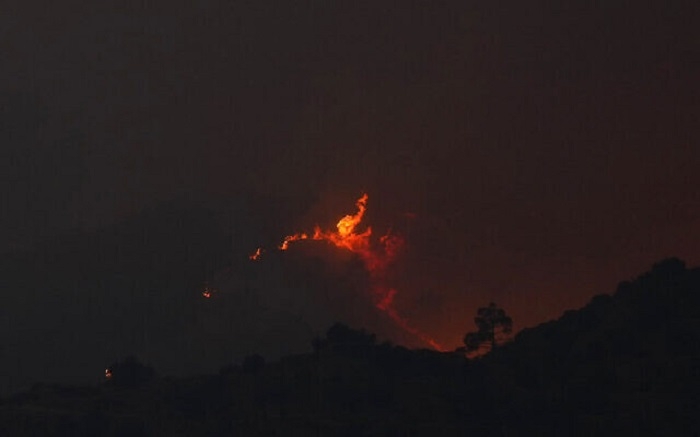 Cyprus and Israel have a standing arrangement to help each other in fighting forest fires and have done so several times in the past few years.

Cyprus requested urgent help from Israel and the European Union (EU) on Saturday to fight a huge fire that raged out of control in the country's southern region.

The fire started at about 2:00 p.m. on Saturday near the village of Arakapas, about 35 kilometers northeast of the port city of Limassol, leaving several houses and an unspecified number of cars burned out in some communities.

Authorities said that they have evacuated at least five villages northeast of Limassol and have alerted four other villages.

Cyprus and Israel have a standing arrangement to help each other in fighting forest fires and have done so several times in the past few years.

Foreign Minister Nicos Christodoulides said that Greece responded to an EU signal by sending two firefighting airplanes which are on their way to Cyprus.

A fire service spokesman told state television CyBC that the flames are being fanned by strong winds and have spread over a front of several kilometers in mountain areas which are difficult to reach.

Charalambos Alexandrou, director at the Department of Forests, said that several firefighting aircraft are dousing the flames but added that the task of fighting the fires is at present impossible.

The Fire Brigade and the Department of Forests have fought several fires in the past few days as temperatures soared.