EURO 2020 today updates (July 3): We offer you the results of the Round of 16 matches between England vs Germany, Sweden vs Ukraine and fixtures, kickoff times of the coming Quarter-finals.

Italy set up a Euro 2020 semifinal clash against Spain after first-half goals from Nicolo Barella and Lorenzo Insigne led the Azzurri to a 2-1 win over Belgium on Friday in an entertaining encounter in which both sides created a number of chances.

Barella fired home the opener after 31 minutes before Lorenzo Insigne's wonderful curling strike doubled their advantage on the brink of halftime before Romelu Lukaku pulled one back for Belgium in first-half stoppage time.

According to ESPN, both sides had chances to score after the break in a breathless match, but Roberto Mancini's side held on for a 13th consecutive win to extend their record unbeaten run to 32 games.

They will face Spain at Wembley on Tuesday for a place in the final after Luis Enrique's side squeezed past Switzerland 3-1 in a penalty shootout after their battling opponents clung to a 1-1 draw after extra time despite going down to 10 men. 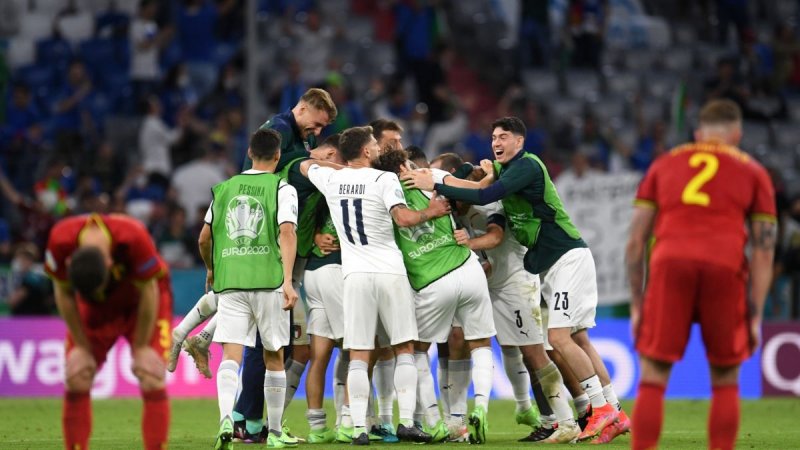 Italy started strongly when Leonardo Bonucci bundled the ball into the net after 13 minutes from a free-kick, but his celebrations were cut short when it was chalked off for offside.

Italy's Gianluigi Donnarumma then produced a superb one-handed save to deny midfielder Kevin De Bruyne, who was fit enough to start after picking up an injury in Belgium's last game, before the goalkeeper tipped a Lukaku effort wide.

The Azzurri went in front when Barella lashed a finish into the bottom corner after holding off two defenders in the box. It was Italy's 10th goal of the tournament, their most at a European Championship.

Italy looked set to end the half on a high when Insigne's outstanding curler doubled their lead, but Belgium cut the deficit three minutes later when Giovanni Di Lorenzo barged over Jeremy Doku in the box and Lukaku converted the penalty.

Leonardo Spinazzola performed a superb goal-line clearance to deny Lukaku an equaliser after the break, but the impressive Italy left-back's night ended in tears when he was carried off on a stretcher with a lower leg injury.

The lively Doku caused problems for the Azzurri defence all night and he threatened a late equaliser when he cut in from the wing to lash a shot at goal, but it flew inches over the bar.

Roberto Martínez, Belgium coach: "Italy will attack from the very first second; they will be very structured and dynamic. Every player knows his role. The game against Portugal was a game that could have been played a lot further down the line; usually players don't play these physical and intense games at this stage of the tournament. Luckily, we have enough days to recover and prepare."

Roberto Mancini, Italy coach: "We will play our own game, always respecting the team we are facing because we know how good they are. There are no easy games as we have seen in this tournament. Belgium are certainly one of the best teams in the world right now but it does not change much because every game is difficult at this stage of the tournament." 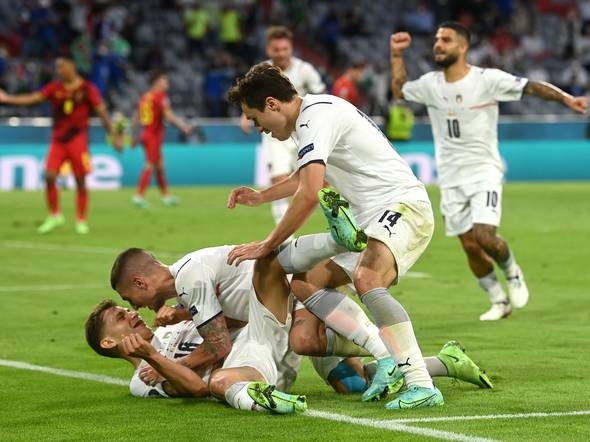 Thorgan Hazard, Belgium midfielder: "Italy will be the toughest opponent we've met so far. They've had a good run of wins and it will be a nice challenge for us to end that sequence. Their style may suit us more than Portugal. They are enterprising so we may be able to profit from the open spaces, but it definitely won't be any easier."

Giorgio Chiellini, Italy captain: "We don’t need to look for motivation for these kind of games, because adrenaline will do everything as soon as we step out on the pitch. I think it will be a match between two great sides and small details will likely make all the difference. We have a great deal of respect for [Romelu] Lukaku because he had a great season at Inter and he became a dominant player. But it's almost an insult to only talk about Lukaku when you see how many quality players that Belgium have,” Sport Star reported.

Spain's Mikel Oyarzabal struck the winning penalty after Switzerland's Ruben Vargas fired over the bar as Spain won 3-1 in a shootout following a 1-1 draw in their European Championship quarter-final in Saint Petersburg on Friday. Check all the live updates of team news, lineup, head to head stats of UEFA EURO 2020 first quarter-final between Switzerland and Spain on Times of India.

Spain became the first team to progress to the semifinals of the UEFA Euro 2020 after beating Switzerland 3-1 on penalties in St Petersburg on Friday. They were tied 1-1 at the end of extra time. 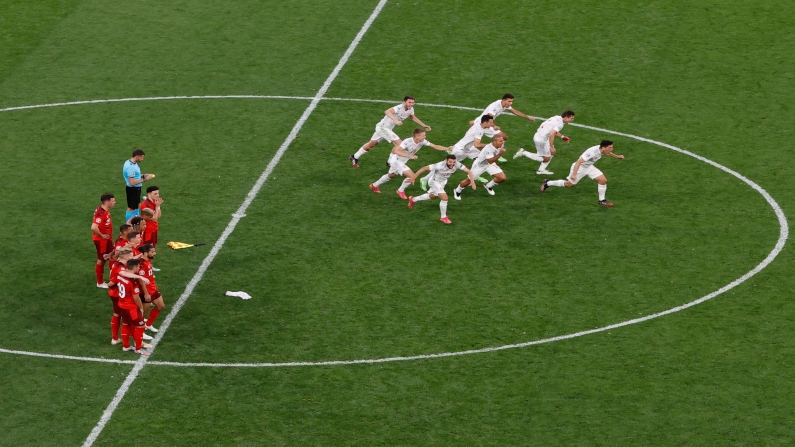 Luis Enrique’s team got off to a brilliant start after Denis Zakaria deflected the ball into his own net in the eighth minute to give Spain an early lead. Switzerland maintained their shape and pounced on an equalising opportunity in the 68th minute through Xherdan Shaqiri. After the contest was tied at 1-1 after 90 minutes, extra time ensued.

Switzerland goalkeeper Yann Sommer came clutch in the final half-hour making a number of vital saves to deny the likes of Dani Olmo, Gerard Moreno and Mikel Oyarzabal. In the penalty shootout, Oyarzabal scored the decisive penalty for Spain after Switzerland missed three penalties through Fabian Schar, Manuel Akanji and Ruben Vargas. Spain will next face either Belgium or Italy in the last four, Indian Express said.