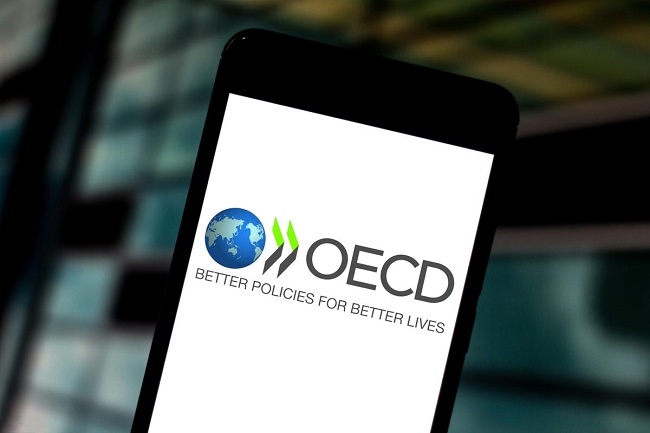 A global minimum corporate tax rate will be introduced for countries to use to protect their tax bases.

A total of 130 countries and jurisdictions, representing more than 90 percent of global GDP, have joined a new two-pillar plan to reform international taxation rules, the Paris-based Organisation for Economic Co-operation and Development (OECD) announced on Thursday.

The reform framework, the outcome of negotiations coordinated by the OECD for much of the last decade, aims to ensure that large multinational enterprises (MNEs) pay tax where they operate and earn profits.

Under the framework, some taxing rights over MNEs, including digital companies, will be relocated from their home countries to the markets where they have business activities and earn profits, regardless of whether firms have a physical presence there.

A global minimum corporate tax rate will be introduced for countries to use to protect their tax bases.

With such a reform, taxing rights on more than US$100 billion of profit are expected to be reallocated to market jurisdictions each year, and the "global minimum corporate income tax, with a minimum rate of at least 15 percent, is estimated to generate around US$150 billion in additional global tax revenues annually," the OECD noted.

"This package does not eliminate tax competition, as it should not, but it does set multilaterally agreed limitations on it. It also accommodates the various interests across the negotiating table, including those of small economies and developing jurisdictions," said OECD Secretary-General Mathias Cormann.

Participants in the negotiation plan to finalize the remaining technical work on the framework by October this year and see its effective implementation in 2023.