EURO 2020 today updates (June 30): We offer you the results of the Round of 16 matches between England vs Germany, Sweden vs Ukraine and fixtures, kickoff times of the coming Quarter-finals. 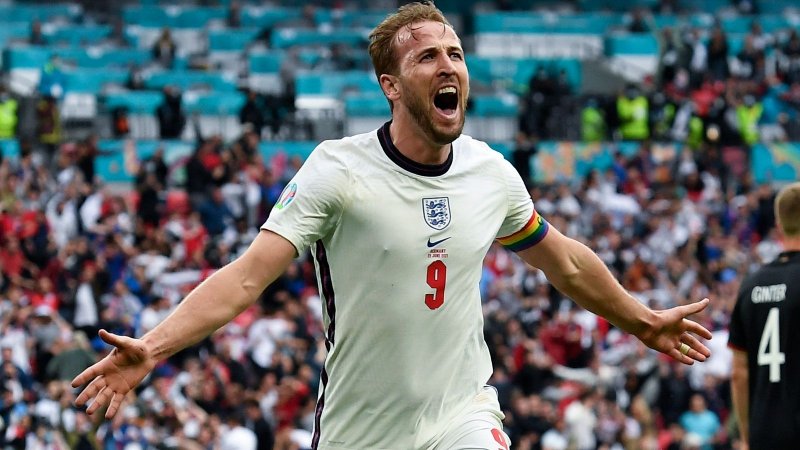 Raheem Sterling and Harry Kane scored in the final 15 minutes to earn Gareth Southgate's men a last-eight berth, according to UEFA.

England matched Germany's 3-5-2 formation and the sides cancelled each other out for much of the first half. The Three Lions had the first efforts of note with Raheem Sterling testing Manuel Neuer from distance and Harry Maguire heading Kieran Trippier's cross wide. The Mannschaft prised the best opening of the first 45 minutes, though, only for Jordan Pickford to thwart Timo Werner.

The England No1's agility came to the fore with a fine tip over from Kai Havertz after the break and Gareth Southgate's team took advantage with 15 minutes to play, Sterling slotting in emphatically after Harry Kane and Jack Grealish had worked Luke Shaw into a crossing position down the left.

Thomas Müller dragged his effort wide when one on one against Pickford, and that miss was magnified when Kane stooped to head home Grealish's cross and condemn Joachim Löw to defeat in his final game at the Germany helm.

Raheem Sterling, England forward: "We knew we needed to put a big performance in against a very good side and I think we did that today. We knew the intensity that we can play at, not a lot of teams can deal with it. The two boys in midfield [Declan Rice and Kalvin Phillips] were class – they ate up ground and were just animals in there."

Declan Rice, England midfielder: "It's incredible. A lot of people had written us off in the group stage, complaints about the performances, not scoring enough, but we wanted to prove people wrong. Everyone had the fire in the belly to knock Germany out and progress in the tournament."

Manuel Neuer, Germany goalkeeper: "We had a huge chance today to get past a strong team. We failed to take this chance and are massively disappointed. It was difficult for our attackers to make something work with the long balls we sent forward. Our diagonal passes didn't work out as well, so we couldn't hurt England as much as we wanted to."

Joachim Löw, Germany coach: "This is a huge disappointment for us all. We hoped to achieve a lot more at this tournament and the belief in this team was high. In matches like this, it is imperative to use the few chances that you get. Timo Werner and Thomas Müller unfortunately couldn't score from their chances, so it feels pretty bad that we are out." 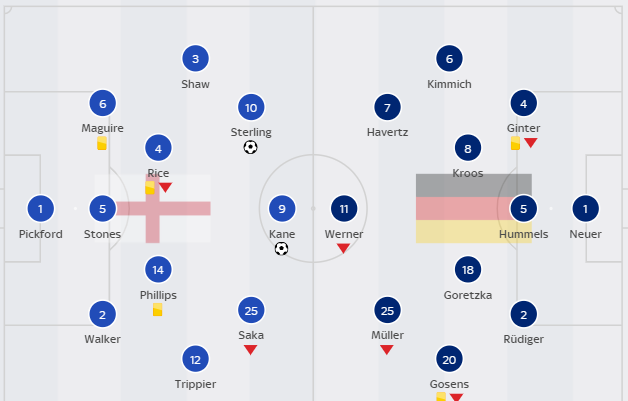 England defeated Germany in a competitive game at Wembley for the first time since the 1966 World Cup final, having been winless in their previous three such encounters.

England are only the second side in European Championship history not to concede in any of their first four games of an edition of the tournament, after Germany in 2016. The only previous time England did so at any major tournament was at the 1966 World Cup.

This was England's 300th international match at Wembley stadium, while they remain unbeaten in 15 games at this venue in major tournaments, winning 10 of them.

Raheem Sterling has now scored 15 goals in his last 20 appearances in all competitions for England, after going 27 games without finding the net prior to this run, Sky Sports said.

Ukraine beat Sweden 2-1 to advance to the quarter-finals of a European Championship for the first time in their history. Sweden went down to 10 men after Danielson was shown a red card after a VAR review and then Artem Dovbyk headed in Ukraine’s winner in the 121st minute to spark massive frenzy among the players and the fans, News 18 reported. 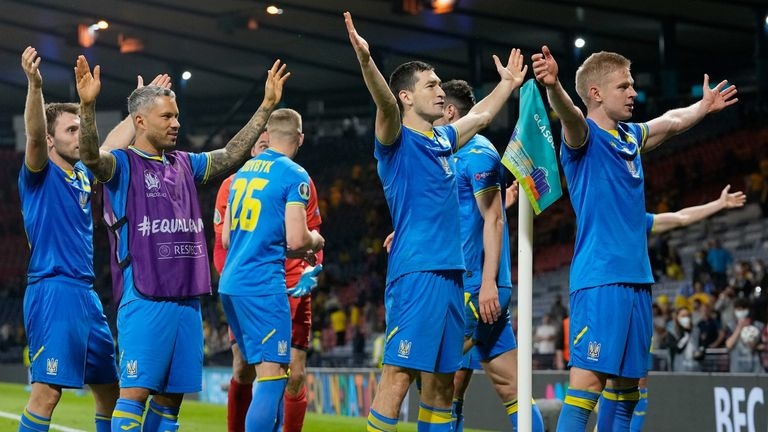 Sweden hit the woodwork twice as Forsberg looked to score but it remained locked at 1-1 and we going into extra time. Ukraine looked vulnerable early on as Sweden dominated and looked the more attacking side. However, after a couple of good, technical moves from Ukraine, Oleksandr Zinchenko put Ukraine in the lead in the 27th minute.

Since taking the lead, Ukraine created a couple more half chances but towards the end of the first half, Sweden had more of the possession again and it bore fruit in the 43rd minute when Emil Forsberg’s attempt found the back of the net with the help of a deflection. With the scoreline tied at 1-1, an even more interesting second half awaits.

Sweden head coach Janne Andersson: "In the first half we managed to get the equaliser but in the second half we had four really great chances, hitting the post and the bar... it felt like we would score again eventually but unfortunately we didn't.

"The red card really decided the game. I think the red card was probably right. We didn't manage to do much in extra-time. It's a tough result to take, a bitter defeat."

Ukraine manager Andriy Shevchenko: "I'd like to congratulate every fan and player of Ukraine for this historic moment. The guys played for the supporters. We'll try to recover the players physically and also psychologically because they gave their all. We knew the prize was great and that's why we didn't want to give up, as reported by Sky Sports.

"England are a great team. They have a great substitutes' bench, great coach. They are very strong - I know that very well. We understand how tough the game will be."

Man of the match: Oleksandr Zinchenko. 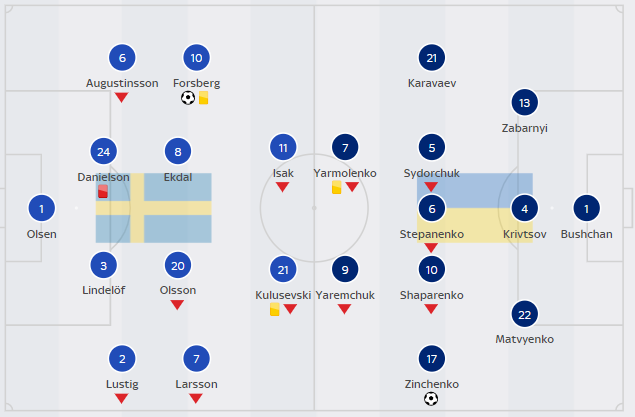