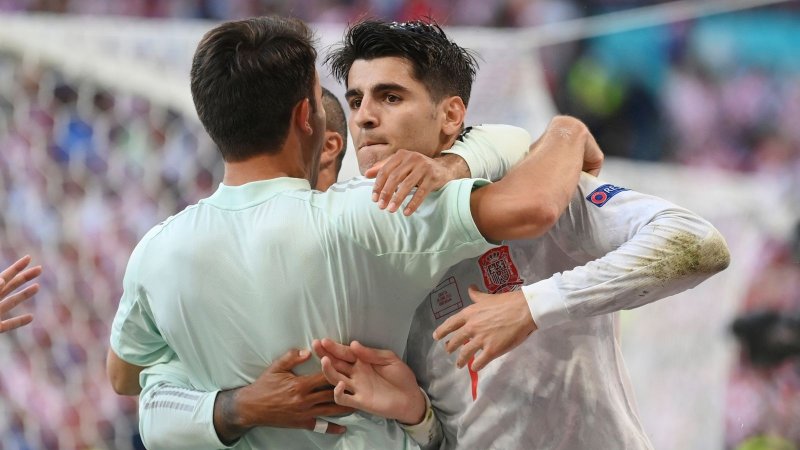 Spain are through to the UEFA EURO 2020 quarter-finals after a madcap extra-time win against Croatia, as reported by Sky Sports.

Croatia took the lead against the run of play and in unusual fashion when keeper Unai Simón misjudged Pedri's long-distance back pass. Luis Enrique's side were level before half-time, though, Pablo Sarabia firing in the rebound after Dominik Livaković had parried Jose Gaya's effort.

When Cesar Azpilicueta headed in his first international goal and Ferran Torres finished low past Livaković to double Spain's lead with just 13 minutes left, the game looked to be up. But that was barely the start to this round of 16 epic.

Substitute Mislav Oršić scrambled one back for Croatia but it was not until added time that the turnaround was complete. Another replacement, Mario Pašalić met Oršić's pinpoint cross from the left with an emphatic header. Cue mayhem.

It would have been 4-3 Croatia just six minutes into extra time had Unai Simón not somehow kept out Andrej Kramarić's effort – a moment of redemption that proved a turning point.

Álvaro Morata was next to turn his fortunes round when, with 100 minutes on the clock, he controlled Dani Olmo's cross and rifled into the net. From another Olmo centre, his fellow subtitute Mikel Oyarzabal restored the two-goal Spanish cushion which had felt a lifetime ago, according to UEFA.

Man of the match: Ferran Torres.

Sergio Busquets, Spain captain: "To get to the quarter-finals is an indication that we're a good team. We were very good today, very intense, well prepared and we beat a very, very difficult rival. We are growing throughout the tournament."

Cesar Azpilicueta, Spain defender: "Boy, we had to suffer there. It's been a few tournaments since we got through a knockout match. But today we 'broke the ice' against the World Cup runners-up."

Mislav Oršić, Croatia winger: "First, I would like to thank the fans – it was a pleasure to play in front of them. We fought until the very end, but they scored from almost every chance and deservedly won."

Luka Modrić, Croatia captain: "At the start of extra time we had them on the ropes but we failed to score from two good chances. Then the game turned around and we didn’t have the strength to come back."

Croatia and Spain produced the second-highest-scoring match in European Championship history, after France v Yugoslavia in the 1960 semi-finals (5-4 to Yugoslavia).

Spain are the first side in European Championship history to score five goals in consecutive matches.

Croatia have netted seven goals at Euro 2020, their highest tally at an edition of the European Championships.

This was the first time Spain have had five different goalscorers in a single game at a major tournament. 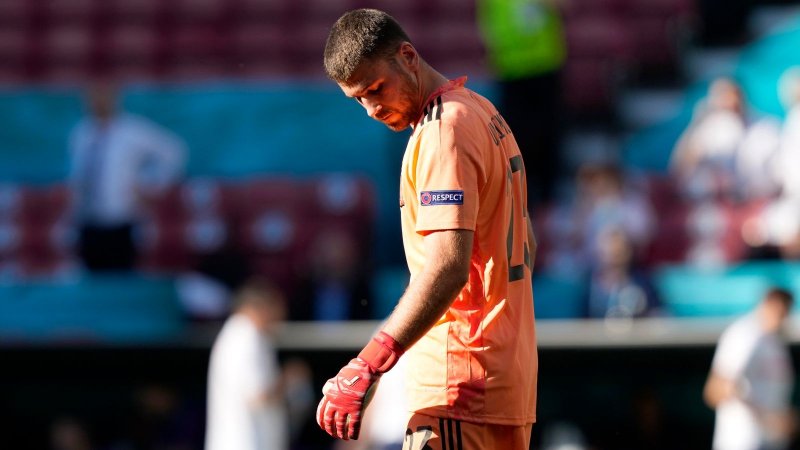 Pedri's own goal was Spain's first-ever in the European Championships and came from a distance of 49 yards - the longest-ever own-goal netted in the competition and the first one ever scored from outside the box.

Pedri's own goal was the ninth at Euro 2020, as many as in the previous 15 editions of the competition combined.

Alvaro Morata netted his fifth goal at the European Championships, becoming Spain's joint-highest scorer in the competition along with Fernando Torres.

Spain will play Switzerland in the Euro 2020 quarter-finals in St Petersburg on Friday July 2, with kick-off at 5pm.

Didier Deschamps set up with a three-man defence but his side struggled to adapt to the unfamiliar formation and found themselves behind when Haris Seferović's towering header beat Hugo Lloris. The lively Kylian Mbappe and Adrien Rabiot fizzed efforts wide but the Nati were good value for their half-time lead.

Kingsley Coman's introduction at the break instigated a change of shape for Les Bleus but it was the shift in their fortunes that proved more telling. Lloris altered the momentum, brilliantly saving Ricardo Rodríguez's penalty after Benjamin Pavard's foul on Steven Zuber, and France took full advantage.

Mbappe slipped in Karim Benzema to clip in the equaliser and the Real Madrid forward nodded in two minutes later after Yann Sommer had parried Antoine Griezmann's shot. Two became three courtesy of a stunning curling strike by Paul Pogba, according to UEFA.

Switzerland pulled one back late through another Seferović header and, just when it seemed France had done enough to edge this last-16 thriller, Mario Gavranović rifled a dramatic equaliser from outside the box to force extra time.

Mbappe spurned the best chance of the additional 30 minutes and then, after nine successful spot kicks in the shoot-out, it was the Paris striker who was denied by Sommer to seal an unforgettable night for Vladimir Petković's Nati.

Granit Xhaka, Switzerland captain: "It's amazing. We made history tonight and we are all very proud. We wrote the history of this footballing nation. Now we have Spain in the quarters. It will be difficult but we are dreaming now."

Yann Sommer, Switzerland goalkeeper: "What a match! What an evening of football! It was our chance to finally go through the round of 16 because we never made it before. It's incredible – we played with heart and with character. It was a really difficult situation for us after the penalty miss. I'm really proud of the team, how they came back. We always believed."

Hugo Lloris, France goalkeeper: "We're not looking for excuses. The regret, if we can have one, is that we led 3-1. In recent years we have known how to shut up shop. We went through every emotion possible and honestly that was football the way we like it. The two goals we conceded in the last quarter of an hour really hurt us."

Raphaël Varane, France defender: "It's hugely disappointing. We completely messed up our first half. We reacted in the second half but then left them space and they came back. Penalties are a lottery. We could have scored in extra time as we had the chances to do that."

France have failed to reach the quarter-final stage of a major tournament (Euros/World Cup) for the first time since the 2010 World Cup.

Switzerland have reached the quarter-finals at a major tournament (Euros/World Cup) for the first time since the 1954 World Cup, while this was their first-ever penalty shootout victory in either competition.

Switzerland have scored 3+ goals in consecutive major tournament matches (Euros/World Cups) for the first time since the 1954 World Cup. 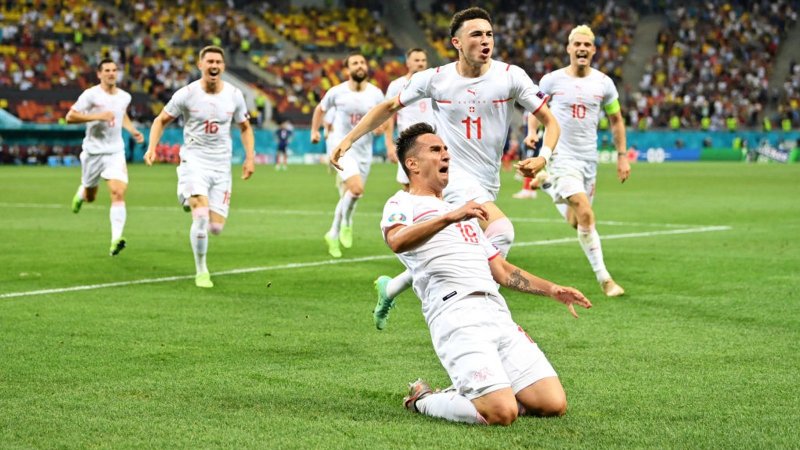 Switzerland's Steven Zuber provided his fourth assist at Euro 2020, no player has ever provided more at a single European Championships tournament (since 1980).

Haris Seferovic has scored in consecutive major tournament games (3 goals), after scoring just once in his previous 13 appearances across European Championships and World Cups.

Switzerland will play Spain in the Euro 2020 quarter-finals in St Petersburg on Friday, July 2, with kick-off at 5pm.

France vs Switzerland - 12:30 AM at National Arena Bucharest, Bucharest, Romania

Sweden vs Ukraine - 12:30 AM at Hampden Park, Glasgow, Scotland