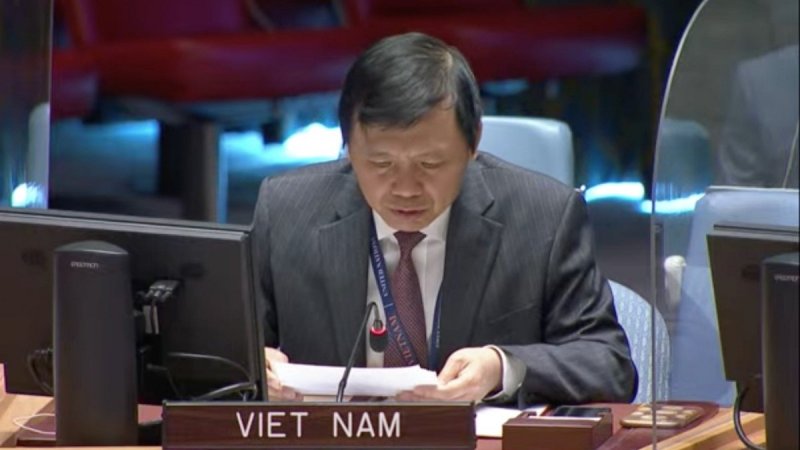 NDO/VNA – Ambassador Dang Dinh Quy, Permanent Representative of Vietnam to the United Nations (UN), has urged the Israeli side to exercise maximum restraint and take measures to prevent hostile and racist acts in all forms.

Addressing a meeting on June 24 of the UN Security Council (UNSC) on the Middle East situation, including the Palestinian issue, the Vietnamese diplomat also expressed deep worries at the continued demolition and confiscation of Palestinians’ property, including humanitarian projects financed by the international community.

He called on the stakeholders to promote efforts for resuming negotiations towards a two-state solution to the Israeli-Palestinian conflict.

Regarding the humanitarian issue, Quy applauded the UN’s May appeal to raise US$ 164 million for humanitarian assistance in the Gaza Strip.

He called for the international community’s support to the appeal and emergency response actions undertaken by the UN Relief and Works Agency for Palestine Refugees in the Near East (UNRWA) in the Gaza Strip and the West Bank.

Representatives from UNSC member nations expressed their opposition and called on Israel to end all settlement activities in the West Bank, including East Jerusalem, and the destruction and confiscation of Palestinian houses and property.

They also condemned Israel's recent air strikes on the Gaza Strip which violated the ceasefire.