While Belgium didn’t want to have any calculations whatsoever during the group stage, Portugal shows significant weaknesses in the backline. Here is our update on preview, prediction, team news, betting tips and odds of the match. 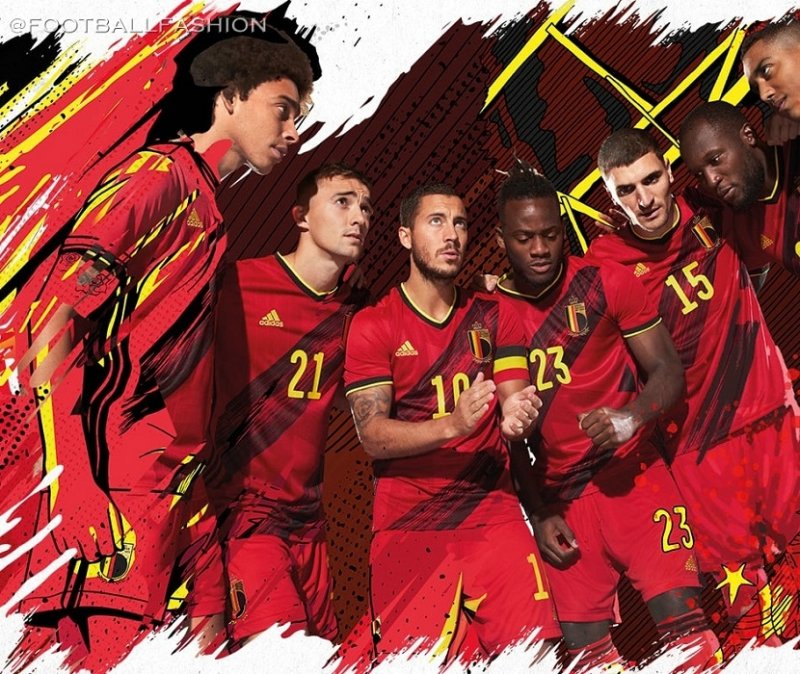 What time is kick-off?

What TV channel is it on?

In Vietnam, football fans can stream the match on VTV Go or VTV3 channel.

In the US: TUDN Radio, Univision NOW, Univision, TUDN USA.

Belgium (+130) didn’t want to have any calculations whatsoever during the group stage. Hats off to Roberto Martinez and his decision to go out with his best team against Finland in the last round. He could have easily left all of the players on the bench, avoiding any risks, but instead wanted to remain honorable until the end.

As reported by WagerB Red Devils are one of three teams with nine points in the first stage. They would only allow a goal against Denmark but score at least two in all three events. It is yet another confirmation of their incredible good and potent offense.

De Bruyne and the boys currently didn’t lose in the past 12 games, winning 10 of them and drawing just two. In nine matches during this interval, they needed twice. And just to tell you right away, the opponents were England, Switzerland, Denmark, Wales, Croatia, etc., the top teams on the continent.

Portugal (+230) showed significant weaknesses in the backline, which wasn’t the case before. Furthermore, the defense was Selecao’s biggest strength and something that gave them the edge in the big games.

They score many goals lately, 11 over the past four games, but also concede a lot. We can’t really tell what the reason for that is, but it is evident that the head coach Fernando Santos has certain problems creating good chemistry in front of his own goal. Joao Cancelo‘s absence could be the answer because Ruben Dias doesn’t have his partner from Man City next to him.

All Belgian players are ready for this match, and we expect to see them in the best possible lineup with De Bruyne, Witsel, and Hazard from the kick-off.

Nelson Semedo and Danilo Pereira are questionable for Portugal following their injuries against France.

The latest two games between these sides were friendly internationals. In 2018 there were no goals, while two years before, Portugal defeated Belgium, 2-1. 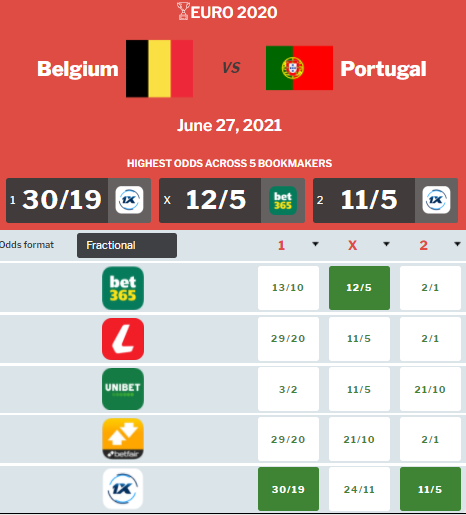 From what we saw in Portugal’s games during the group stage, Selecao has slim chances of jumping over the Red Devils. Once Belgium imposes its own tempo and starts pressuring the rival defense, things will be very, very nasty.

Lukaku and his teammates have the highest offensive potential in the world right now. On the other side, Portugal’s defense is fragile, with so many holes, and that is why we pick Belgium to win.

All of the tips given by Football Whispers contain no bias and have been researched using the latest stats and figures available at the time of publication.

Four of the last six meetings between these two countries have seen over 2.5 goals scored. despite the last encounter between Belgium and Portugal ending goalless, we're convinced that this last 16 tie will be action-packed. Belgium scored 7-goals during the group stage and over 2.5 goals have been scored in three of their last six international matches, while five of Portugal's last six outings have witnessed at least three goals being scored.

Four of the last seven head-to-heads between the pair have ended with both teams getting on the scoreboard, and we're backing goals in this game at both ends of the pitch. Belgium have scored at least one goal in each of their last six international matches, putting eight past Belarus in March. Both teams have scored in three of Portugal's last six outings, including their last two group games against France and Germany.

Belgium might not have the best of recent records against Portugal but we're backing Roberto Martinez's side to just do enough to edge their way past Portugal on Sunday. Belgium have won five of their last six matches in all competitions, including all three of their group games without Hazard and De Bruyne for the majority of those minutes. Portugal showed their vulnerable side against Germany and also failed to beat France, which suggests that they often struggle against the big teams. 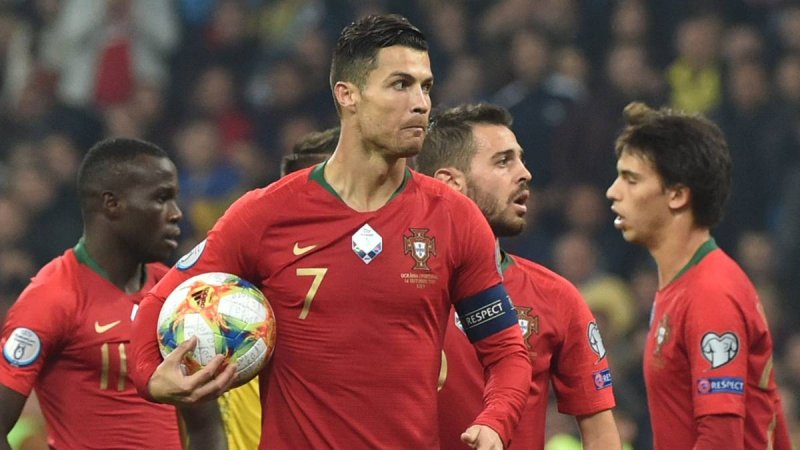 Belgium the favourites but Portugal are the holders

Lukaku scored 3-goals as Belgium won all three of their matches in Group B and the Inter Milan hitman will be looking to steal the show against the tournament's top scorer, Ronaldo. Belgium managed to get Hazard, De Bruyne and Witsel plenty of game time in their final match against Finland and now the Red Devils are approaching full-strength and full match fitness, their confidence levels are bound to be improving as well.

Portugal have played a very attacking style of play in the defence of their European Championship, a style that has produced plenty of goals for Ronaldo but has coast them in defence against the bigger nations. Following their 3-0 win over Hungary, Portugal were brought back down to earth with a bang against Germany, losing 4-2, and then played out a 2-2 draw with France. Belgium possess just as good of an attacking threat as the French, possibly better, and it will be interesting to see just how the Portuguese cope with it, according to Football Whisper.