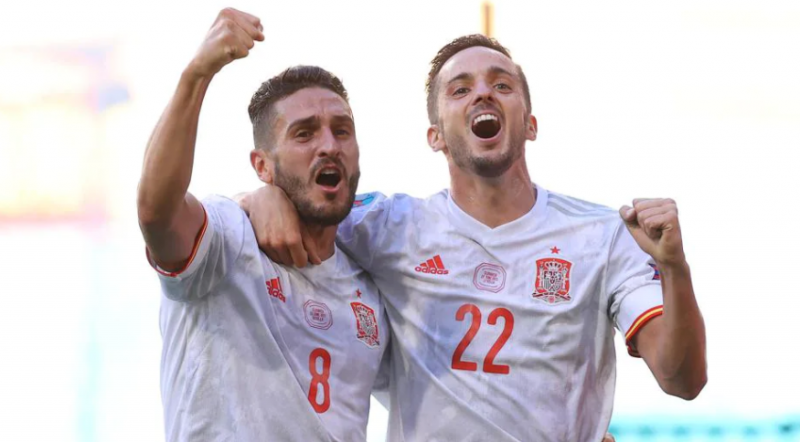 Spain equalled the record EURO win to reach the round of 16 at Slovakia's expense, as reported by UEFA.

Spain booked their place in the UEFA EURO 2020 round of 16 in style as they ended the hopes of Slovakia with a win that equalled the competition final tournament record margin of victory.

Martin Dubravka saved an early Álvaro Morata penalty but the keeper's freak own goal broke the deadlock. Aymeric Laporte made it 2-0 on half-time and Pablo Sarabia and Ferran Torres produced impressive finishes before another own goal. Slovakia's goal difference means they will not progress as one of the four best third-placed teams; Spain ended second due to Sweden's dramatic defeat of Poland and face Croatia in the round of 16 in Copenhagen on Monday.

Spain needed a win definitely to go through without relying on Poland not beating Sweden but despite a bright start it was ominous when, after Jakub Hromada brought down Koke in the box, Morata's 12th-minute penalty was saved by Dubravka.

However, on the half-hour the Slovakia goalkeeper ended up palming a dipping ball into his own net after a Sarabia drive had spun high off the crossbar. Just before half-time it was 2-0, Gerard Moreno pulling wide and crossing for Laporte to loop a header out of Dubravka's reach.

The third followed early in the second half, a flowing move finding Jordi Alba on the left and his low cross coming to Sarabia, who with his body turning away from goal, steered the ball in. Ferran Torres was introduced on 66 minutes and almost immediately made it 4-0 with a cheeky flick through his legs from Sarabia's cross. It was soon five as another substitute, Pau Torres, made an instant impact, his header rebounding off Dubravka and turned into his own net by Juraj Kucka.

Only a win could have kept Poland in Euro 2020 but any hope of that appeared to have gone when Emil Forsberg followed up his goal in the second minute with another after the break.

But Lewandowski, who had struck the crossbar twice in the first half, pulled one back with a wonderful shot on the angle before conjuring up an unlikely equaliser late on.

As Paulo Sousa's side pushed hard for the winning goal they needed they left spaces at the back and substitute Viktor Claesson capitalised to win the game in stoppage time.

That goal moved Janne Andersson's Sweden above Spain in Group E and they now travel to Glasgow to face Ukraine or the Czech Republic depending on what happens later in the evening in Group F. 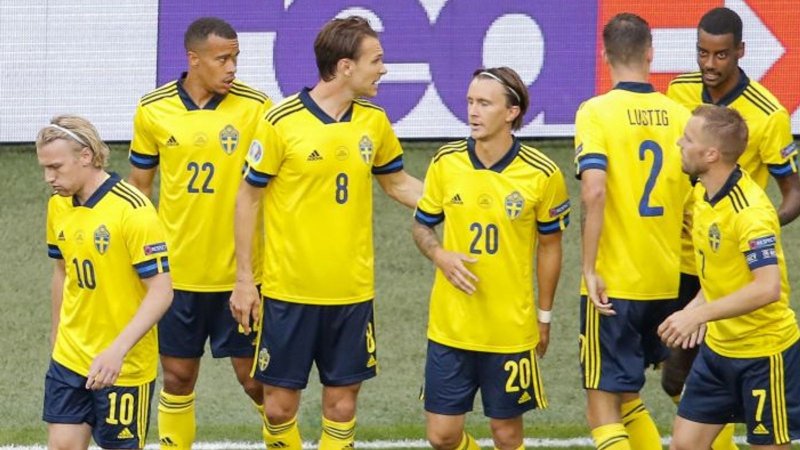 Germany's UEFA EURO 2020 future hung in the balance until six minutes from time when a goal from Leon Goretzka saved Joachim Löw's side, and ended Hungary's bold attempt to come through Group F.

Dynamic and fluid in their 4-2 win against Portugal, Germany's ardour was dampened by heavy rain in Munich, and they trailed after 11 minutes. Hungary were lightning-quick on the counter, and Ádam Szalai headed them in front, flinging himself at Roland Sallai's superb ball from the right.

The hosts responded sharply; Mats Hummels headed against the crossbar from a Joshua Kimmich corner, and Matthias Ginter then fired straight at Peter Gulacsi from close range. However, Hungary looked to have weathered the storm, Sallai hammering a free-kick against the outside of Manuel Neuer's post just after the hour .

Relief finally came for Germany after Gulacsi failed to pick out a Kimmich free-kick, Hummels nodding the ball on for Kai Havertz to head in from close range. However, they were behind again within 16 seconds of the restart, Andras Schäfer chasing Szalai's ball through to glance past Neuer.

Things looked very grim indeed for Germany, but salvation came as Jamal Musiala pulled the ball back for Goretzka to tee up Timo Werner. His shot was blocked but dropped kindly for Goretzka to beat Gulacsi, according to UEFA.

Portugal 2-2 France: Didier Deschamps' side seal top spot in Group F as Portugal get through in third

France and Portugal played out a thrilling 2-2 draw in Budapest as Didier Deschamps' side secured top spot in Group F, while Portugal still qualified for the last 16 as one of four best third-place finishers.

However, Benzema's second of the night (47) - given after VAR had adjudged him to be onside - sent Portugal bottom of the group and crashing out of the tournament for a short while, before Ronaldo converted his second penalty (60) - his fifth goal of the tournament and 109th international goal - to keep his side's Euro dreams alive.

Portugal, who occupied every single position in the group at certain times throughout the game, looked on course for a showdown with England at Wembley, but Germany's late equaliser against Hungary secured them second spot, meaning Fernando Santos' side will face Belgium in the last 16 on Sunday.

Meanwhile, the point sees France, who were already qualified for the last 16, secure top spot in the group and set up a tie with Switzerland, Sky Sports reported. 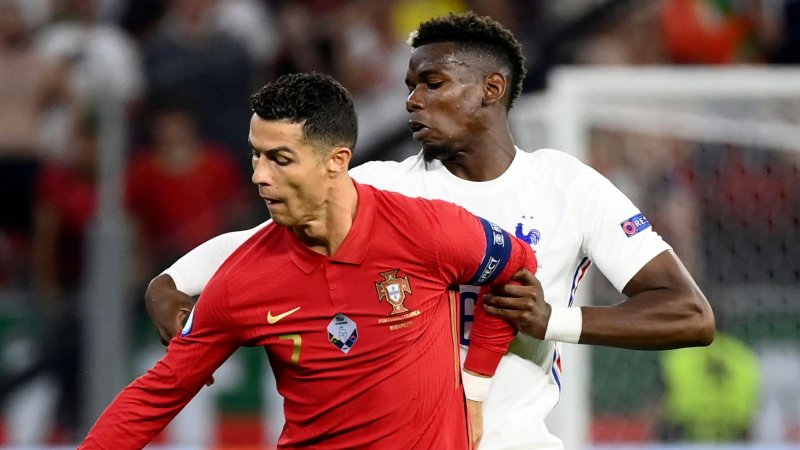 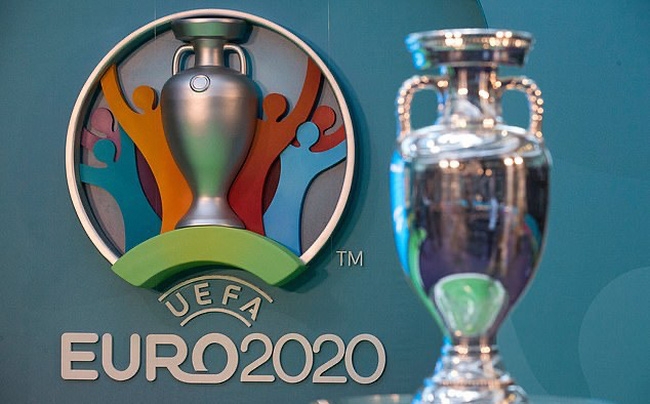