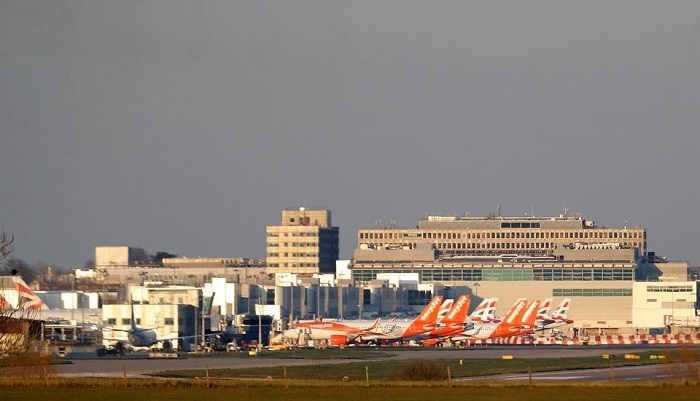 Companies including British Airways, easyJet and Ryanair are in a deepening crisis after Britain's plans to restart travel on May 17 following a 4-1/2 month ban on foreign holidays fell far short of their hopes.

Airlines based in Britain have told the government they will need industry-specific support to help them survive if COVID-19 rules continue to keep travel markets shut.

Companies including British Airways, easyJet and Ryanair are in a deepening crisis after Britain's plans to restart travel on May 17 following a 4-1/2 month ban on foreign holidays fell far short of their hopes.

Britons are still discouraged from travelling to most countries, and since the May reopening, the government has tightened the rules, removing one of the few destinations that was open, Portugal, from a safe travel list.

As July and August approach, the months when airlines make most of their profits, there are worries the summer season may be lost for a second year in a row, risking airline viability and jobs.

"If a meaningful reopening is not possible during the summer ... then targeted economic support will be essential to ensure UK airlines are able to reach the point when a restart is possible, in order to protect many tens of thousands of jobs," industry lobby Airlines UK said in a letter to finance minister Rishi Sunak on Thursday.

Come the end of September, government support schemes to protect jobs are also due to end, a worry for airlines that might still be grounded due to foreign travel restrictions.

Airlines UK said it wanted Sunak to extend furlough for aviation workers to the end of April 2022, give airlines longer to repay COVID-19 government loans, and launch a "restart grant" scheme to help airlines pay to maintain planes they cannot use.

In the letter, the airlines said their preference would be for travel to restart and be unrestricted for vaccinated people. But recent government policy and comments suggest this is unlikely.

That puts UK airlines at a disadvantage to peers in Europe, as countries there begin to allow more travel, while Britain sticks with its 10 day quarantine and testing requirements.