On Friday, The U.S government blocks imports of seafood from a Chinese company that authorities say forced crew members to work in slave-like conditions.

Customs and Border Protection said it will place an immediate hold on any imports linked to the more than 30 vessels operated by Dalian Ocean Fishing, under a U.S. law that bars goods suspected to have been produced with forced labor, according to Associated Press. 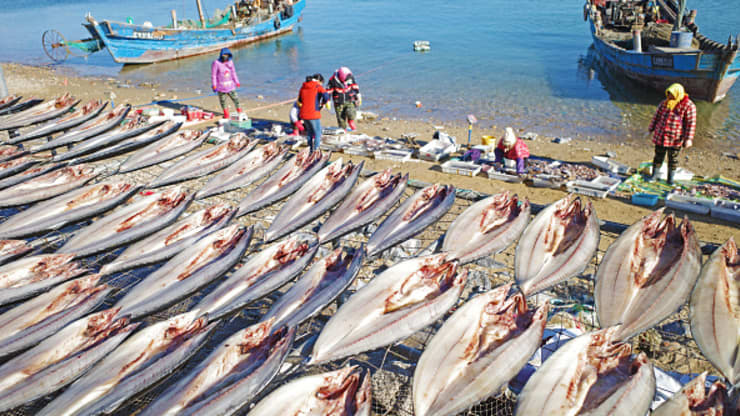 With the ban in effect, border agents will start detaining tuna, swordfish and other seafood harvested by vessels owned or operated by the Chinese company. According to CBP officials, this is the first U.S. ban on imports from an entire fishing fleet, as opposed to individual vessels targeted in the past, NPR reported.

"Companies that exploit their workers have no place doing business in the United States," said Secretary of Homeland Security Alejandro Mayorkas in a statement. "Products made from forced labor not only exploit workers, but hurt American businesses and expose consumers to unethical purchases."

Mayorkas said the withhold release order will not only ensure the continued protection of human rights, but also safeguard national and economic security.

Dalian Ocean Fishing did not immediately respond to a request for comment.

Earlier this week, U.S. Trade Representative Katherine Tai also called attention to the issue of forced labor on fishing vessels, submitting a proposal to the World Trade Organization to curb subsidies to fishing activities that involve the use of forced labor and requiring that member countries recognize the problem, NPR reported.

According to a 2017 report by the International Labour Organization and the Walk Free Foundation, an estimated 25 million people worldwide are being forced to work under threat or coercion. Around 16 million of these individuals were in forced labor in the private economy in 2016, according to the report.

The withhold release order on Dalian Ocean Fishing is the latest in a string of similar bans. Chinese companies have been the target of several major import bans over forced labor concerns in the past couple of years.

The Trump administration, during its last week in office, implemented a ban on the import of cotton and tomato products from China's Xinjiang region. The sweeping prohibition followed allegations that products were being produced by Uighur Muslims working under involuntary conditions and forced labor.

In September, in a similar effort, the U.S. prohibited the import of certain Chinese-made hair products, apparel and computer parts over concerns of forced labor — again in the Xinjiang region.

“We will not tolerate any amount derived from forced labor”

Both the State Department and Labor Department have also documented abusive conditions in the Chinese fishing industry, where mostly foreign crews often work 18 to 22 hours per day under abysmal conditions. 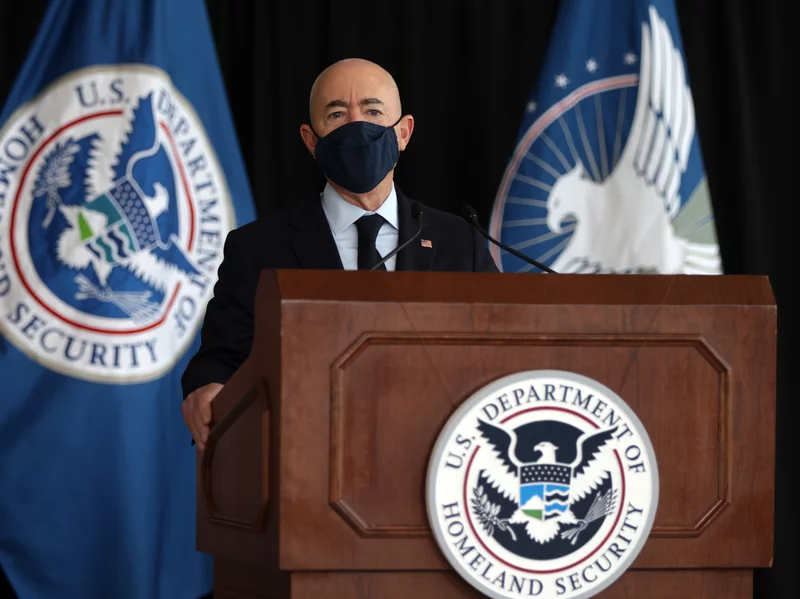 U.S. authorities have used the Tariff Act of 1930 to halt imports from specific companies, individual fishing vessels and all cotton and tomato products from the Xinjiang region of China, where the Chinese government is waging a brutal assimilation campaign against Uyghurs and other predominantly Muslim ethnic groups.

The announcement Friday marks the first time that the U.S. has sought to block imports from a company’s entire fishing fleet, a sign that the CBP’s investigation found evidence of widespread abuse on Dalian vessels around the world, according to Associated Press.

Indonesia’s government in May 2020 accused the company of “inhuman” treatment of fishermen from that country, with dozens of men forced to work 18 hours a day for no pay or less than agreed upon. It said the conditions led to illnesses that killed at least three fishermen, whose bodies were cast overboard into the Pacific Ocean.

The company has had recent financial troubles, but Leonard said it appears to be reorganizing and planning to resume operations. “We need to be vigilant,” he said.

Today, 09:37
Vietnamese painting auctioned off for US$1 million

Today, 09:35
The magical strait of winds