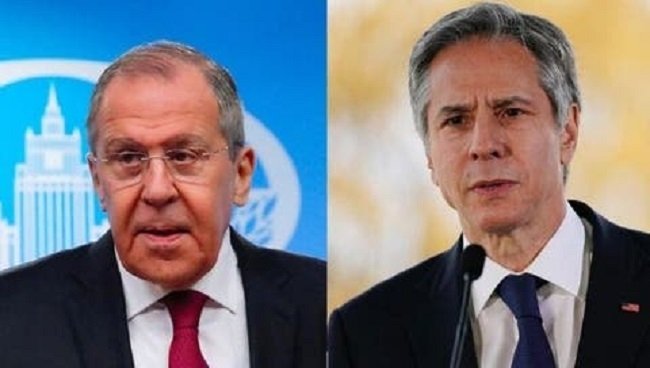 US Secretary of State Blinken and Russian Foreign Minister Lavrov to meet on the sidelines of the Arctic Council meeting in Reykjavik, Iceland, on May 20. (Photo: Twitter/@TRTWorldNow)

Russian Foreign Minister Sergei Lavrov talked about cooperation within the Arctic Council and Washington's Russia-US summit proposal during his telephone conversation with US Secretary of State Antony Blinken on Wednesday.

Both officials discussed the upcoming transition of the Arctic Council's chairmanship from Iceland to Russia that is set to take place during the ministerial meeting of the council on May 20 in Reykjavik, Iceland, the Russian Foreign Ministry said in a statement.

"Lavrov and Blinken agreed to hold a separate meeting 'on the sidelines' of this session to address key issues on the bilateral and international agenda," it added.

They also exchanged views with regard to the nuclear problem on the Korean Peninsula and the renewal of the Joint Comprehensive Plan of Action within the broader scope of issues related to strategic stability.