Bill Gates and his wife, Melinda Gates, decided to divorce after 27 years together, raising concerns around the future of one of the biggest and most influential charity organizations in the world.

The couple — with a combined wealth in excess of $130 billion (€108 billion) — have been among the most bighearted philanthropists over the past few decades, gifting more than $36 billion to the nonprofit Bill & Melinda Gates Foundation since its launch in 2000, according to DW.

More than 20 years later, their foundation ranks as the largest private philanthropic foundation in the United States and one of the world's biggest with an endowment of nearly $50 billion. The charity organization has spent around $55 billion over the past two decades in areas including malaria and polio eradication, child nutrition and vaccines in 135 countries. The foundation last year committed some $1.75 billion to COVID-19 relief. 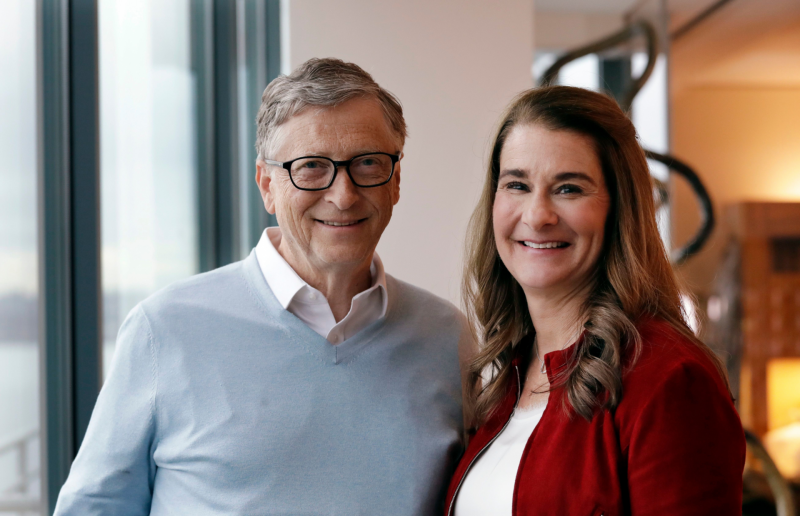 “After a great deal of thought and a lot of work on our relationship, we have made the decision to end our marriage,” the two said in a brief statement posted on Twitter. “We have raised three incredible children and built a foundation that works all over the world to enable all people to lead healthy, productive lives.”

The Gates, with Warren Buffett, also founded the Giving Pledge, which asks billionaires to give away more than half of their wealth to philanthropy.

Because of the Foundation, the division of assets between Bill and Melinda may be much more complicated. Court documents show that they have a separation agreement, but terms have not been made public.

The Gates have pledged to continue their philanthropic work together, saying they "continue to share a belief in that mission." The Gates Foundation said the couple would remain as co-chairs and trustees of the organization.

However, some experts say the couple's divorce could create new questions about their wealth, most of which has yet to be donated to their foundation. In 2010, the couple publicly committed to giving the majority of their wealth to philanthropy as part of The Giving Pledge, which the two created along with investor and philanthropist Warren Buffett to encourage billionaires to pledge a bulk of their wealth to charity.

"The divorce of the most important and consequential couple in philanthropy raises all kinds of questions about the future of @gatesfoundation, and even the future of philanthropy," political scientist Rob Reich said on Twitter.

"The Gates divorce will do more than upend a family's life. It will ramify into the worlds of business, education, public health, civil society, philanthropy, and beyond," Giridharadas, a critic of billionaire philanthropists, told Reuters.

"That is because our society has made the colossal error of allowing wealth to purchase the chance to make quasi-governmental decisions as a private citizen," he said.

Monica Mazzei, a divorce attorney and a partner at Sideman & Bancroft LLP in San Francisco, said a lot of the foundation's future would depend on to what extent the Gates plan on working together going forward.

"Even in the most amicable divorces I've seen, the preference has been to split the foundation in two so that there's more autonomy and less intermingling," she was quoted by Bloomberg as saying. "The same principle applies to family offices, where the investments could be divvied up into two separate pots." 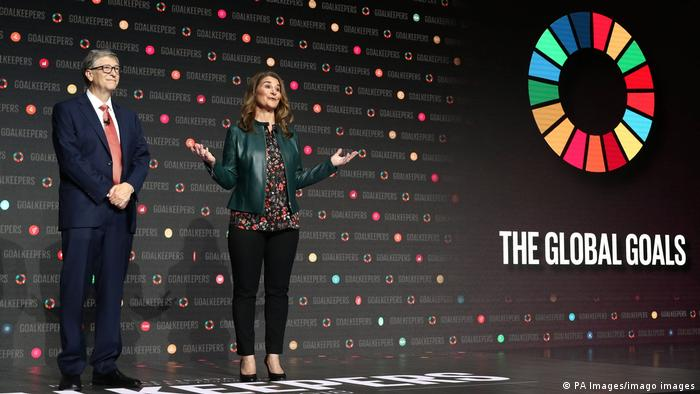 Washington law may offer some clues to how they divide their assets. As a community property state, anything acquired during a marriage is considered equally owned by both partners, but that doesn’t necessarily mean the fortune would be split in half, according to Bloomberg.

“It is not a mandatory 50-50,” said Janet George, a family lawyer in Washington with the firm McKinley Irvin. “The courts can award more or less, depending on what is just and equitable.” The public might never find out how they split the fortune, because it can be hidden behind private contracts, she said.

Washington mandates a 90-day cooling off period from the day a couple initially files for divorce before the process can be finalized by a judge. The couple’s divorce filing -- listing Melinda as the petitioner and Bill as joining, with both of them signing -- asks the court to dissolve their marriage on a date noted in their separation agreement.

“It’s been a challenging stretch of time for our whole family,” their eldest daughter, Jennifer, wrote on Instagram.

Their youngest child is 18.

The pair met in New York in the 1980s, early into Melinda’s time at Microsoft.

When deciding whether to marry, Bill made a pro-and-con list on a whiteboard -- Melinda related how she walked into his bedroom to find him tabulating various factors in the Netflix documentary series “Inside Bill’s Brain.” The couple’s philanthropy has always been deeply rooted in their relationship and marriage. The day before they wed in Hawaii, Bill’s mother, Mary, who had been trying to convince him to dramatically increase his charity, gave Melinda a letter which closed with the words “From those to whom much is given, much is expected.” Mary Gates died several months later.

But it was on a trip to Africa during their engagement that the couple decided they would become serious philanthropists, Bloomberg reported.

“We fell in love with everything we saw but it’s really not at all trite to say that we really fell in love with the people,” Melinda said at a Salesforce event in 2016. “It just started us on this series of questions of sort of saying to ourselves, ‘What is going on here?’”

Later on in the trip, the couple filled out a marriage questionnaire to make sure they had the same values. That’s when they decided “the vast majority of resources from Microsoft would go back to society,” Melinda said. “It was an easy discussion. We just thought it would be later in our lives when we got to do it.”