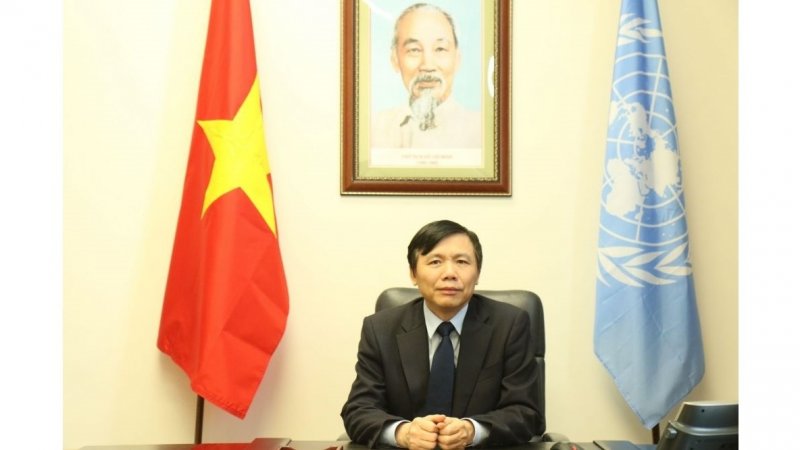 NDO/VNA – Vietnamese Ambassador Dang Dinh Quy called for more efforts to implement the 2015 Peace and Reconciliation Agreement in Mali while chairing the UN Security Council’s quarterly briefing and consultations on Mali on April 6.

At the meeting held via through videoconference, Quy, Permanent Representative of Vietnam to the UN and President of the UNSC in April, described political progress in Mali as modest and condemned recent attacks against civilians, security forces and peacekeepers.

Expressing his concern over worsening security and humanitarian situations here, he called for strict implementation of international laws on humanitarian and human rights, including not impending humanitarian activities and protecting civilians, especially women and children.

The diplomat also commended efforts of the UN Multidimensional Integrated Stabilization Mission in Mali (MINUSMA), the African Union, and the UN Office for West Africa and the Sahel (UNOWAS) in assisting peace progress in Mali.

Jean-Pierre Lacroix, UN Under-Secretary-General for Peace Operations, provided an update on the political transition, the implementation of the 2015 Peace and Reconciliation Agreement and the security situation in central and northern Mali.

He called in particular for a strengthened response on the issue of terrorism and violent extremism in the Sahel region and strongly condemned the terrorist attack against a MINUSMA camp on April 2, which killed four Chadian peacekeepers and injured 19 others.

Participants commended Mali’s transitional Government for working to maintain political momentum, pressing authorities to set a timeline for the holding of free and fair elections and calling on all parties to accelerate implementation of the 2015 Peace and Reconciliation Agreement.